Pathetic fallacy and the England national team go hand-in-hand. When they lost 3-2 at home to Croatia in 2007 and were knocked out of the European Championships, they did so in the driving rain. When Germany beat them there in a World Cup qualifier in 1999, the last game to be played at the old Wembley Stadium, it came against the slate grey backdrop of a blustery autumn afternoon. A mist descended over the twin towers in 1973, as their World Cup finals hopes disappeared from view against Poland.

Last night wasn’t as bad as any of those days or nights, but there were still grey skies over Wembley by the end of it. To be clear, England’s evening wasn’t a complete disaster. This was their seventh clean sheet in their last eight matches; an achievement, even though their opposition has largely been moderate over that time. They have four points from two games, which should be enough to put them through to the next round in some form or other, although they still need a point to mathematically confirm it. Those who claim that things “couldn’t get any worse” often seem to have forgotten all the times they have in the past.

They were skilfully dissected by a Scotland team which was practically unrecognisable from the one whose goalkeeper became a meme by the end of their opening match. They chased every ball down, pressed in the right positions, and were the only team to create any chances whatsoever throughout the last thirty minutes. They made four changes from the side that lost at home to Czechia last week. Che Adams came into the team, and Kieran Tierney returned.

And they had chances. Within four minutes, Che Adams had a low shot blocked. Stephen O’Donnell’s angled volley brought a fine save from Jordan Pickford and Adams couldn’t react quickly enough to the rebound after half an hour. England did occasionally get themselves something in retaliation – Reece James shot narrowly over from the edge of the penalty area, early in the second half – but as the match progressed Scotland increasingly seemed the more likely of the two teams to score.

England did come the closest of all – a thumping header from John Stones that cannoned out off the right-hand upright – but that was really about as much as they could claim for their evening, and that came after eleven minutes. Che Adams got the ball stuck under his feet in a superb position twelve minutes into the second half, Lynton Sykes had a header cleared off the line, and Adams – again – shot wide, albeit from a cross that he possibly wasn’t expecting to get in the first place.

But England had little to nothing to offer, really. One decent save for David Marshall, whose transformation from Gambolling Goalkeeper Meme to Lion of Wembley took less than a week to complete. A late shout for a penalty, which made sense if you looked at it with a particularly gimlet eye. But that was about it. And furthermore, the nature of their performance was sluggish. Harry Kane was completely anonymous all evening, until his withdrawal with twenty minutes to play. It is certainly not business as usual to withdraw an England captain with twenty minutes to play unless he’s injured.

In a way it feels like a loss that a team of such lavish attacking talent has seemed so stodgy, of late. Gareth Southgate has lost much of the support that he had in 2018, and his caution doesn’t seem well suited to a team is crying out for someone who can unpick a defence. Last night, the clamour for Jack Grealish was immense, but if anything the team’s performance fell back even further after the subsitutions that he made. Grealush flickered briefly and then faded. Rashford replaced Kane only to find, like the man he replaced, that the service that he was receiving was cursory. A match that had begun with a nationwide accompaniment of roaring throats ended by fading away, as tension gave way to boredom.

The truth, as ever with England, is somewhere between the two polar extremes, and last night it swung back towards the doom and gloom crowd. Such is the infantile nature of the way in which England talks to itself. Gareth Southgate’s set-up of the England team last night was too cautious. His team has only had three shots on target from two games, and that is not the sort of record that will see a team proceed very far in any major tournament. And when a team is the hot favourite to win a game but can’t find a way through, it should be concerning if that team looks less likely to score as the match proceeds.

Scotland, meanwhile, have a pattern to break. A win against Croatia in their last match will see them through, and it may see them through as group winners. After eleven attempts, it’s probably time, although celebrating right now would seem a little premature, at the end of two matches which have seen them pick up one point and score no goals. Croatia had played out their second match against Czechia at Hampden Park a little earlier, a match of little consequence which ended in a 1-1 draw. A disputed penalty kick from Patrik Schick eight minutes from half-time – his third goal in two games – gave Czechia the lead, but Ivan Perisic levelled two minutes into the second half. Just as would happen later in the evening, though, this match rather faded away rather than building to a crescendo.

Don’t be necessarily expecting much excitement in the last round matches in this group. A draw will see both England and Czechia through, and Southgate’s apparent instinct towards caution/unpatriotic cowardice (delete as applicable) makes it as likely as not that these two teams will do as much as they need to in order to get through and no more. England could do with a shot in the arm, but the confidence in them has always been both brittle and febrile, and the most confident prediction that I can comfortably make right now is for more caterwauling over the next few days. And as a public service to the nation, broadcasters should probably extend any furher showings of Paul Gascoigne’s goal against Scotland in 1996 back a couple of minutes, if nothing else to remind us all of just how close we were 25 years ago to where we are this morning.

In the first match of the day, Sweden and Slovakia had played out what had been to that point the dullest match of the tournament, a fact not undiminished by its only goal, a penalty kick converted by Emil Fosberg with thirteen minutes to play. Sweden are probably through to the next round, while Slovakia now face the uphill battle of needing at least a point from a final match against Spain to secure their place. There isn’t really a great deal else to say about this match.

England and Scotland, meanwhile, plod on to their final games in a familiar shape, with the England pendulum swinging back towards crisis mode and Scotland having a good chance of getting through but still with routes to disappointment. Ever was it thus. There are both sunshine and clouds on the horizon for Scotland. England will find out in a few days just how pathetic their fallacy is, whether last night’s disappointment was just a shower or the first rumblings of something more prolonged. 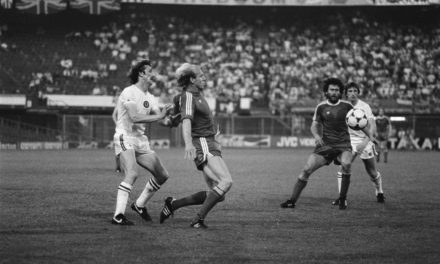 From Division Three To Rotterdam: 10 Years In The Life of Aston Villa

A Tussle With The Tax Man 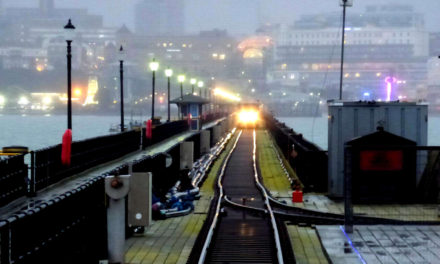