As the goal hit the back of the net, a roar went up around Parken Stadium in Copenhagen which came from… somewhere else. Ecstasy at Denmark having taken an early lead against Belgium was understandable, but in the wall of sound that accompanied Tussuf Paul rolling the ball into the Belgian goal was something altogether more guttural, a cathartic moment that completely eclipsed the relative mundanity of a football team scoring a goal against another football team.

A few hundred yards away from Parken in a Copenhagen hospital, the object of all of this attention might well have been able to hear it all without even switching the television on. It was reported that Christian Eriksen would be watching the match from his hospital bed in his Denmark shirt. The minor miracle of his survival from cardiac arrest during last Saturday’s match has thrown something of a cloud over this summer’s entire tournament. He’s in all of our thoughts, and has been all week.

But nowhere has he been in the thoughts of people like he has in Denmark, and to say that the introduction to yesterday evening’s match – the entrance of the team, the national anthem, the goal – was “emotional” would be to understate its significance. Near death experiences, by definition, create a sudden burst of contradictory emotions, and yesterday afternoon in Copenhagen we witnessed a near desperation to win, coupled with the feeling that, in the overall scheme of things, football matches don’t really matter that much.

Since Saturday, details have come out about what happened behind the scenes at Parken which haven’t shone a particularly positive light upon UEFA. Initial reports stressed heavily that Denmark’s players wanted to go out and play the remainder of their game against Finland, but it didn’t take long for it to become apparent that this was spin, coming from somewhere. Rather than this sanitised version of events, it now seems that the players were given Hobson’s choice – finish the match there are then, finish it the following, or take accept a 3-0 defeat for failing to fulfil the fixture, which looks very much like a punishment for the near-death of a team-mate, from here.

Belgium won in the end. They introduced Kevin de Bruyne at half-time, and ten minutes into the second half Thorgan Hazard brought them level. With twenty minutes to play, De Bruyne scored himself from the edge of the penalty area and Denmark didn’t have quite enough about then to drag their way back into the match. There’s no shame in this whatsoever, of course. This has been a week like no other for them, and there is no question that they gave it absolutely everything. Should they play like this against Russia in their final match, it’s not completely inconceivable that they could yet grab a win big enough to force them through to the next round. The permutations in this group, however, are dizzying and we do not recommend looking at them without having first south the advice of a medical practitioner.

The other two matches of the day featured Group C. Ukraine hadn’t been tipped by many to tear this tournament up, but they showed considerable character in pulling back to get a draw from being two down in Amsterdam last weekend, and they did get their tournament up and running with a 2-1 win against North Macedonia yesterday afternoon. After a World Cup that was awash with penalty kicks three years ago, the first few days of this tournament have been largely bereft of them, and those that have been taken haven’t been very good.

Going into yesterday’s match, only three had been awarded, and two of those had been missed. By the end, that number was one in five. Two first half goals – one from close range by Andriy Yarmolenko after 29 minutes, the second five minutes later from Roman Yaremchuk – seemed to have put the result beyond question, but twelve minutes into the second half Ezgjan Alioski scored with a rebound from a penalty kick after his first shot had been saved.

The goal put North Macedonia on the front foot for the closing stages of the match, though Ukraine had an opportunity to extend their lead with six minutes to play when they were awarded a penalty kick for handball, but Malinovsky saw his penalty saved by Dimitrievski and Ukraine had to play out a nervy period of stoppage-time before claiming their points. North Macedonia had their chances, with Goran Pandev having a goal disallowed for offside and Aleksandar Trajkovski having a shot superbly tipped onto the crossbar, but their efforts weren’t quite enough.

Frank De Boer was still being given the side-eye by Dutch fans after his team’s narrow win against Ukraine last weekend. His team was a little more fluid against Austria last night, but last night seemed to grow in stature with a fairly routine win. The star performer was Denzel Dumfries, who’s been one of the players of the tournament so far and who chipped in last night with a second half goal to ease Dutch nerves after they’d failed to build on an early lead claimed from the penalty spot by Memphis Depay.

It wasn’t that Austria were bad, as such, although the man they were looking for to unlock the Dutch defence, David Alaba, had a fairly anonymous evening, while a strong defensive performance from Matthijs de Ligt was enough to snuff out what chances they could create. They now need to win their final match against Ukraine to get through to the next round. The Netherlands are through with a game to spare. Narrow margins, narrow margins. 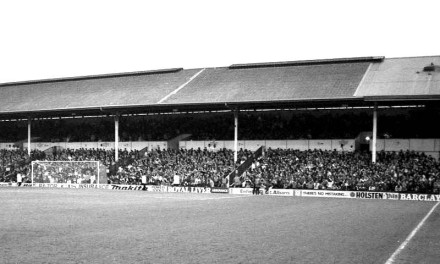 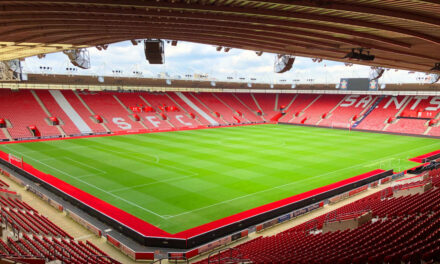