It’s time then, for another round of Euro 2016 alternative kits, designed for us by Chris Oakley because the kits that have been designed by the manufacturers for the teams taking part in this summer’s European Championships have been a pretty dreadful bunch. This evening we’re up to Group D, which features the current holders of the competition, Germany, and the perennial dark horses, the Czech Republic. You can find more of Chris’s designs over at his home for such matters, Kitbliss, and you can follow him on Twitter by clicking here.

Croatia: This kit may well be my favourite of all those I’ve designed so far. The perpetual question for proper kit designers must be ‘How do you modernise the classic Croatia checkerboard shirt without making a complete Jackson Pollock of it?’ My answer is to reduce the red and white checks to a simple 2 x 2 in red and white on an Umbro ‘Tailored By’ kit. The away kit follows the same approach in a two-tone blue colour scheme. I’d buy it, even if no-one else would.

Czech Republic: Before you all complain, I know I’ve used this Adidas template several times before, but when have you ever known a major football tournament where half the teams weren’t wearing different versions of the same Adidas kit? This is therefore a continuation of that reality, rendered smart in the classic Czech red, white and blue.

Spain: I figured the Kappa-esque template used for the Northern Ireland kit (see Group C) would work well for Spain. I’ve therefore replicated it in the greatest and best colour combo ever for the Spanish team, namely red-blue-black. Adidas tried and failed to change the sock colour to blue and then red but neither worked. The socks *have* to be black, and thankfully the German kit manufacturer has seen sense by going back to it.

Turkey: For me, any Turkey kit that doesn’t have a white band across the middle of the shirt with the circular ‘crescent and star’ badge in the centre isn’t worth talking about. This kit therefore makes use of that motif which, for Middlesbrough fans of the late-1970’s, must bring a tear to the eye for obvious reasons.

Please don’t forget that the content on this website takes a lot of hard work to complete and maintain. You can support independent writing through becoming a patron of Twohundredpercent by visiting here. Your support means the world to us.

Moonlighting, And Something Of A Cri de Coeur 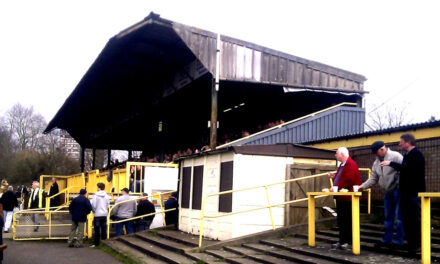 The Lights Go Out At Nene Park 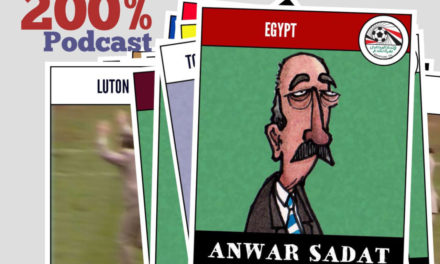