The Remarkable Story Of Qatar & The Dream Football League… So Far

In some respects, what actually seems to have happened was the only thing that could possibly have turned out to be funnier than what was suggested in the first place. Late last night, in line with its release in its hard copy issue, The Times put up a story, written by Oliver Kay, suggesting that a group from Qatar was planning football’s greatest ever heist. Sixteen clubs – plus eight on an tournament by tournament invitational basis – would be summoned to the Middle East every two years to take part in a competition called the Dream Football League in return for amounts of money that would cause beads of drool to form in the corner of the mouth of any football club owner, including £175m being offered to each invited club just to take parrt. This was a sensational story, broken by a well respected journalist at a world renowned newspaper. And what’s more, however fantastical the numbers seemed, it seemed darkly plausible.

Five years ago, Qatar had next to no influence in world football. Now, however, Qataris own Paris St German and managed to persuade Barcelona that perhaps their shirts weren’t too sacred for a sponsor’s name after all. Most notably – and controversially – of all, though they either bought or won (depending on who you listen to) the 2022 World Cup finals. FIFA’s Jerome Valcke admitted in a leaked email from 2011 that the bid had been ‘bought’, and the sense has been growing for many years that there is nothing in modern football that could not be considered up for sale if the price is high enough. Furthermore there was the sense of potential schadenfreude that the very notion of oil rich barons from the Middle East sweeping the carpet from under FIFA with such audacity. To a point, the distorting effects of this lavish wealth in the game could well be regarded as a monster created by authorities who have pandered to them at every step in recent years.

Within hours of the story going live, however, talk of players sweating it out in Qatar for vast sums of money was already starting to recede in favour of something altogether more odd. The French website (formerly a magazine) Cahiers Du Foot, which could be considered to be something akin to a Gallic equivalent of the venerable When Saturday Comes, albeit with an arguably more satirical edge, began tweeting that they had published this story overnight on Monday night and that The Times exclusive was little more than a rip of what they had published. “We published it in the night of Monday to Tuesday around 1am … All of it has come from my imagination,” said one, while another said, “We’re sorry in advance if Doha is an idea interesting enough to implement. Or if we inadvertently hit the nail on the head, and the project indeed exists.” Their story still exists and can be seen – albeit slightly mangled by Google Translate – here.

By lunchtime, the story was threatening to spiral out of all control, but Kay was in a bullish mood when he appeared on Twitter to defend himself, saying, “Nice try. Except that Cahiers Du Foot was 100% NOT the source of my story, as I suspect Cahiers Du Foot (with their “DFL” imagery) know” and adding, in response to their direct confirmation of having made this story up themselves, “It’s a nice theory. Wrong, but nice.” Shortly afterwards, in a webchat on The Times’ website, Kay continued this rebuttal, stating that Cahiers du Football was not the source for the story and disputing their claims to have made it up in the first place and that, curicially as things would turn out, that at least one of the sources had previously provided good information to him and that the main source of the story had previously provided good information to him about Paris St German as well as Qatar in a broader sense, while the football editor of The Times, Tony Evans, told the pres this afternoon that, “As far as we are concerned the story is true and we stand by it,” and that, “He [Kay] obtained the information after speaking to powerful people in football and after doing his groundwork. He has been working on it for quite a while and there is no reason to doubt he will be fully vindicated.” This afternoon, however,  the Qatar Football Association issued a public statement which seemed to pour further cold water on the rumours:

With regard to the story published in today’s edition of The Times newspaper concerning a ‘Dreams Football League,’ the Qatar Football Association and other Qatari football entities can categorically confirm that we have no involvement in any such initiative and has heard nothing to suggest such a concept is genuine.

At this point, we’re going to hand this story over to our very good friends at Counter Attack, who have been maintaining updates throughout last night with regard to one of the sources of the story and his rumoured background. It is worth also taking a look at the comments, in which one of FIFA’s bête noires, the investigative journalist Andrew Jennings (or, we should point out in the interests of balance and bearing the mixed messages that have been going on elsewhere with regard to this story over the last twenty-four hours or so, at the very least somebody purporting to be Andrew Jennings) makes a surprise appearance which relates this story back to one of the more colourful characters in the history of football business. We will provide further updates on it as and when we can, and it may well also be worth checking our Twitter feed for further updates until absolute confirmation is received with regard to what on earth has been going on with regard to this story.

This much, however, we will admit with pleasure: we have no idea who is telling the truth, whether there is any substance whatsoever to the initial story that The Times published or to any of the various side-shows that have sprung up in its wake. We would, however, suggest that there are sufficient grounds at present for reasonable doubt to have been cast upon the original story. This is not to say that Oliver Kay is a bad journalist by any stretch of the imagination, of course. People can be duped by others with vested interests or, alternatively, it could be that there will be an explanation for all of this about which no details are currently known and which somehow vindicates the positions that all concerned have taken over it. All we know at the time of writing is that we don’t know, and it is precisely this which makes the events of the last twenty-four hours so remarkable and so fascinating. 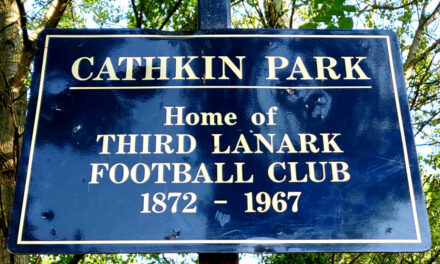