Dispatches & The Football League: Not Quite A Smoking Gun, But Possibly A Start

Perhaps the least surprising aspect of this evening’s “Dispatches” programme on the subject of the London Nominees Football Fund has been the almost jaded reaction that it immediately received in some quarters. This isn’t a criticism of those offering such weariness in the face of yet another programme detailing one of the ways in which a shady group of business people can plunder our game, but it does serve to act as a reflection upon the way in which the game is now run in this country. For example, the sight of the Football League’s Greg Clarke admitting that, “We are a simple alliance of 72 football clubs who largely lose money” may not have been meant as an act of pathos, but this was certainly the effect that it will have had upon many viewers. Perhaps we have been battered a little too much in recent times by talk of corruption in the media, within FIFA and now on the periphery of our own domestic game.

It would be easy to pick on Bryan Robson, the most recognisable face to incriminate himself in this evening’s programme, but his behaviour and language is a symptom rather than the cause of the ills that the programme hinted at. Similarly, Joe Sim may be no more than a braggart, prone to overemphasising his connections with Alex Ferguson in order to nail that sale – some people, after all, will say anything to turn a buck. The truth of the matter is, however, that until scientists can come up with a way to alter human nature for the better, people such as these will be hanging around football, picking what they can like vultures at a dead animals carcass. The aim of those that run our game needs, therefore, to be to make it as difficult as possible for people like this to achieve their aims. Anybody with a cursory knowledge of football governance over the last few years or so, however, will already be fully aware of the fact that things have not been getting much more difficult for them in recent years.

So, while the public faces of tonight’s show will probably be demonised (it seems, for example, as if it may be a little while before Robson will be managing in England again), the devil of this sort of dealing remains in the detail. It continues to exist in the Caribbean-based holding companies and PO Boxes, and in the serial club owners flitting from A to B to C in the hope of getting it right in the end or making what they can from it if they turn out to be unsuccessful. It continues to exist in the beserk form of free market capitalism that the game has become in a general sense and the reticence of many people with decent, solid business backgrounds to get involved with football clubs for the fear of ruining their reputations and pouring money into a black hole.

Perhaps the most intriguing question that the programme hinted at (and, perhaps for legal reasons, wasn’t fully able to investigate) was the extent to which the tentacles of the London Nominees Football Fund may reach into British football. Nine clubs – Sheffield United, Leeds United, Leicester City, Cardiff City, Sheffield Wednesday, Oxford United, Derby County, Birmingham City and Crystal Palace – were named throughout the course of this evening’s broadcast, a number that makes up one-eighth of all of the seventy-two members of the Football League. Was the company really able to facilitate a purchase of these clubs? How much of this was mere braggadocio on the part of Robson, Sim et al? Perhaps Sim could tell us, for example, what Ken Bates couldn’t – namely, who the people were that Bates bought Leeds United from earlier this year. It seems unlikely that we will find out the answer to questions such as this at any point in the immediate future.

Similarly, the links between Sim and Alex Ferguson were possibly somewhat overstated. That there is (or was) some sort of link between the two seems plausible, but whether this in itself suggests any improper behaviour on Ferguson’s part is a different matter altogether, and on the basis of what we saw this evening Ferguson has little to be concerned about from tonight’s programme. He may, however, wish to disassociate himself from Sim at the earliest opportunity, and it would be unsurprising if there was a press statement from the West Coast of the USA, where Ferguson is currently staying with his team, in the next couple of days or so. The main story of this evening’s show, however, was somewhat less glamorous than Alex Ferguson or Manchester United. This was about the chase for the money that a spell in the Premier League can offer and the desire to speculate and profit from our game and, at the very end of the line, us.

So, perhaps this evening’s “Dispatches” broadcast wasn’t quite the smoking gun that some may have hoped that it would be. There are a couple of things, however, that we should probably take into account when considering this. Firstly, there is nothing to suggest that this is the full extent of what may come out as a result of this particular investigation. There may well be more to follow on this story over the next few days, weeks or months, and there may well be a few people – some of whom might not have been featured in this evening’s programme – that will be sleeping a little less easily in their beds this evening. Secondly, such an investigation might provoke the Football League and/or the Football Association into acting towards tighter regulation, in order to ensure that absolute transparency of club ownership becomes one of the central tenets at the heart of the governance of the game.

Finally, and possibly most importantly of all, this evening’s programme might have made a few more people very angry. If the scales fall from some eyes on the subject of opacity of the ownership of football clubs and the damage that this is doing to the integrity of the game in this country, then it will be reasonable to consider it to have been a success.  While there will be some that will continue to push the argument that attempting to reform the game in this country is futile, change is possible. All we have to do is look at the travails of News International in comparison with just a couple of weeks ago to understand that even the most indomitable looking of edifices can crumble before our very eyes if enough pressure is applied to the right places. No-one is going to seriously suggest dismantling the Football League, but with enough pressure the serious reform of the game that is needed can be achieved. To start with, what we have to do is make our voices so loud that they can no longer be ignored. 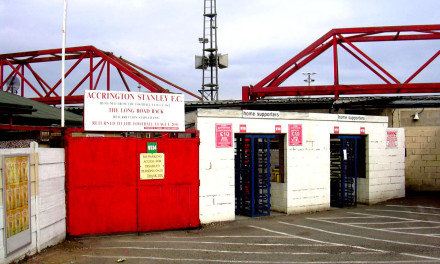 Podcast 174: Winning At Dominoes 5 – Accrington & Colne, Touched By The Hand of Burnley 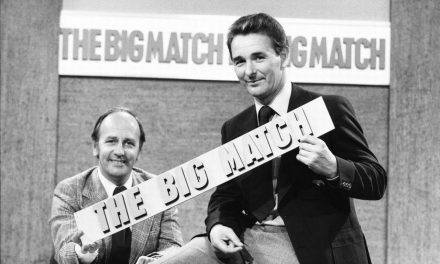 Podcast 184: Winning at Dominoes 14 – You Are The Number One