The football must never end. Last weekend saw the curtain fall upon the winter domestic season with the Champions League final in Madrid between Liverpool and Tottenham Hotspur. Players from those teams who were feeling drained from a sixty-odd match season, however, don’t quite get their summer break just yet. Should they be English, Dutch, Portuguese or Swiss, the chances are that it’s straight off to Portugal off for the final stages of UEFA’s bold new replacement for international friendly matches, the Nations League. The first match is being played tonight between Portugal and Switzerland in Porto, whilst on Thursday night in Guimarães England play the Netherlands. The losers of these matches will then play each other in Guimarães on Sunday afternoon in a third/fourth play-off, whilst the winners will play the final in Porto on Sunday night.

The timing, with the “event” (as UEFA describe it on their own website) coming less than a week after the Champions League final and during the first week of the Women’s World Cup is strange, though, at least in some senses. Presumably UEFA want to present it as a full stop on the season, a climax to which the footballers of Europe have been ascending over the previous couple of years. But none of this is risk-free. Players from teams who kept going until the end of May were always likely to be exhausted. Those who’d been off for a few weeks, if the evidence of last weekend’s match was anything to go by, may already be on the metaphorical beach. It would be little surprise to see Harry Kane take to the pitch tomorrow night with a rubber ring around his waist.

And then there’s the unusually small size of the tournament. Four teams, four matches. Over and done with in five days. We live in an age where the governing bodies of the game seem to have decided that, in terms of the size of their tournaments, bigger is always better, a state of affairs that has led to FIFA expanding the World Cup finals to 48 teams from 2026 on, with the European Championships already having expanded to 24, as of 2016. As such, this four team “event” could almost be considered a throwback to the olden days of the Euros, which had a similar format culminating in a four team “finals” until UEFA decided to expand it to eight teams for the 1980 tournament. We’re always told that people these days have no attention span, but bigger and bigger tournaments have coincided with bigger viewing audiences and it remains possible that the Nations League finals will be over in the blink of an eye, quite possibly before some have even noticed that it has started.

Clashing with the Women’s World Cup is also going to be difficult. The Women’s World Cup is to be shown on the BBC, and the Nations League is to be on Sky Sports only, although it has been suggested that they may make the final free-to-air, should England beat the Netherlands. Should they not do this, though, would the Sky Sports subscriber base be big enough to turn a Nations League final with England playing in it into An Event? Well, for one thing, they’d have to get past the Netherlands in order to do so. And bold as UEFA’s plans may be, winning the Nations League could yet become the Dusty Bin of football medals. There are a lot of ways in which things could go wrong. Last summer’s performance in France boosted interest in the England men’s team, but that support could be fragile and we live in intemperate times.

That said, though, there’s a lot of quality and a huge amount of potential in that England squad at the moment. Jadon Sancho. Raheem Sterling. Declan Rice. Trent Alexander-Arnold. Joe Gomez. And those are just amongst the players who are twenty-four or younger. The only player in the entire squad over the age of thirty is Tom Heaton, and he’s the third choice goalkeeper. The Netherlands, however, seem evenly matched with England, with a sprinkling of Ajax fairy dust in the form of Frenkie de Jong, Matthijs de Ligt, Daley Blind and Donny van de Beek, along with Liverpool’s Georginio Wijnaldum and Virgil van Dijk. There seems to be little between these two teams, on paper, at least.

As the hosts (and with nothing to choose between England and the Netherlands), Portugal probably start thsee finals as the favourites to win it. Cristiano Ronaldo captains, but the real interest comes in the two pairs of Wolverhampton Wanderers players that have been picked for the squad. At one end of the spectrum, goalkeeper Rui Patricio and defender Joao Moutinho have 193 Portuguese caps between them. At the other, meanwhile, Diogo Jota and Ruben Neves have ten between them (all of them belong to Neves), but it’s difficult to argue with their place in the squad. Switzerland start as outsiders, though their squad does contain the fresh-from-European-triumph Xherdan Shaqiri and the fresh-from-European-disaster Granit Xhaka. Those amongst us who remember Euro 2004 will be able to recall Portugal’s ability to be able to implode in front of a home crowd when everything seems to be on their side, but this Portugal team became the champions of Europe less than a year ago, and to see them lose either of their two matches would be something of a surprise.

The timing is not great, of course, and clashing with the Women’s World Cup leaves UEFA open to the charge of deliberately scheduling it at this time as some form of UEFA vs FIFA face-off, arguably to the detriment of both competitions. Having said that, though, with just two trophies available to every nation in Europe every four years in the international game, perhaps a third bauble to play for, even if it doesn’t carry the weight of winning the European Championships or the men’s World Cup, isn’t such a bad idea after all. It does feel a little tin-eared on UEFA’s part to have scheduled it at this time of this particular year, but this has to be balanced against their commercial interests and the wants of the continent’s big clubs, who’d have been unlikely to have wanted it at any other point in the year.

After a month of May during which every match was more IMPORTANT than the next (with none of them being much fun unless you were a supporter of the winners), though, perhaps we should just consider the finals of the Nations League are a footballing After Eight mint for the men’s European season, a palate cleanser to complete the meal. Having replaced friendly matches in the calendar, there’s no particular reason why the finals of the Nations League should be taken that seriously, and this shouldn’t be a problem. We all take football far too seriously these days, and a mini-tournament to crown an entertainingly convoluted and complicated qualification stage (which embarrassed several of UEFA’s bigger players) feels like a step towards the sort of innovation that we should be crying out for. It doesn’t always have to be much more important than a matter of life and death. Sometimes, it’s enough to sit down with a passing interest and no feeling that the world is going to come crashing down around our ears should things not go our way.

Non-League Football & The Cost of Living 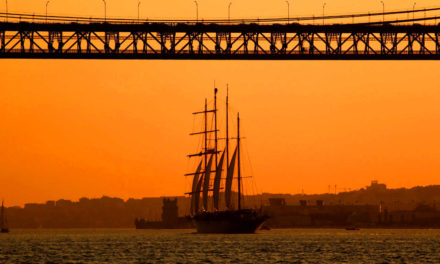