It has been forty-eight years since Coventry City last played in the bottom two divisions of the Football League. Under the managership of Jimmy Hill, they returned to the Second Division for the first time in twelve years as champions of the Third Division, and three years later a further promotion took the club into the First Division for the first time in its history. This arrival into the top division of English football ended up as one of the divisions more enduring anomalies. It would be more than thirty years before Coventry City fell back out of the division again, and in the twelve years since this happened the club has, on the whole, failed to set the Championship on fire as well, a slow decline which saw only two finishes in the top half of the table in the last eleven seasons and ended this afternoon with a relegation that has had an air of inevitability about it all season.

The air was rich with symbolism at The Ricoh Arena this afternoon. Pitch invaders were hauled from the pitch, while there was talk of fighting betweens fans and stewards. On the pitch, meanwhile, Andy Thorn’s team was beaten at home by the one team in the division that had already been relegated prior to today, Doncaster Rovers.  As the club slid from the division, its owners released a public statement which stated that if the club is to get back to winning ways again, “we have to show the same unity, determination and vision that we had in the days of the Sky Blues era.” But can this be done? Coventry City isn’t the same club that it was a little over a decade ago. Its previous home, Highfield Road, may not have been the most sophisticated stadium in the world but it was at least home. By comparison, The Ricoh Arena is too big for the club’s needs and sits, four miles or so from the city centre, on its northern outskirts, a steel and glass monument to ambition that seems like a long time ago now.

Like several other of English football’s middle-ranking clubs, Coventry City came to be defined by one glorious day. The sixteenth of May 1987 was a sunny day in North London and Coventry City, having just finished in tenth place in the First Division, were at Wembley for the first time in the club’s history to play Tottenham Hotspur in the FA Cup final. A capacity crowd of 98,000 was present for a match which most apart from Coventry supporters would end in an eighth win the competition for a Spurs side that had just finished in third place in the table and contained such players as Chris Waddle, Glen Hoddle and Clive Allen, who finished the season having scored a remarkable forty-nine goals. The forty-ninth would come at Wembley, as he gave Spurs a second minute lead, but Coventry levelled soon afterwards and went on to win the match by three goals to two, thanks to an own goal by the Spurs defender Gary Mabbutt, scored six minutes into extra-time.

Was this the start of a new era for the club, in the same way as Jimmy Hill’s arrival at Highfield Road transformed its fortunes in the early 1960s, or a mere blip? The answer would become apparent over the coming years. Coventry City maintained their top flight status for a further fourteen years before dropping from the Premier League in 2001, but in the quarter of a century since that 1987 the club has, regardless of which division it has been playing in, only finished in the top half of the table four times and one of those came the following year, when the feel-good factor that came with the FA Cup win helped inspire the team to finish in seventh place in the First Division, its joint second-highest ever league position.

Considering that they have continued to turn out in their tens of thousands over year after year of mediocrity, then, supporters of the club can hardly be accused of being fickle or of not being patient. This season, however, has pushed their patience to the absolute limits. One group of supporters, the Save Our City Campaign, has campaigned against the club’s current owners, the hedge-fund owners SISU, but protests inside the ground have been aggressively broken up by security officers working on behind of the club and the owners remain in charge of it, having rebuffed the attempts of supporter and former director Gary Hoffman to take over the club. SISU are understood to be solely motivated by financial considerations, in the form of getting a stake in The Ricoh Arena, and is unlikely to be going anywhere soon. It is, however, also understood that the club has not been paying its rent for the stadium to the local council. Which way this ends up playing out is everybody’s guess.

As things turned out, results elsewhere meant that what came to pass at The Ricoh Arena were an irrelevance. This is, perhaps, entirely appropriate. After all, the decline of Coventry City has not been a flash in the pan which suddenly turned into a plummet through the relegation trapdoor this afternoon. This has been a slow and steady decline, a season-long event during which highlights have been so thin on the ground as to be practically invisible. The management of the club has shown no signs of changing the way in which it runs the club and treats those that question its behaviour or motives with little more than contempt. Other clubs of a similar profile to Coventry City – the likes of Southampton, Norwich City and the Sheffield clubs – have suffered a similar falls from grace in recent years and recovered their composure eventually. Whether Coventry can manage this or not may come down to boardroom politics over the course of the summer. It may be time for Coventry supporters to turn up the heat on the club’s owners.

Time For A New Football Club For Gateshead 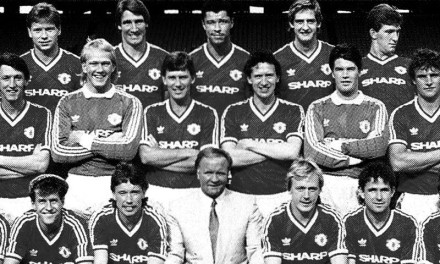