Celtic supporters group the Green Brigade has done this before. Turning shameful, punitive reactions to their protests into a shaming force for good.

In September 2016, Celtic were fined €10,000 (£8,615 at the time) after fans flew Palestinian flags in support of Palestinian freedom from Israeli occupation. This demonstration happened at August’s Celtic Park Uefa Champions League qualifier against Israeli club Hapoel Be’er Sheba. Uefa deemed the Palestinian flag an illicit banner at a political protest (of course, deeming a Palestinian flag a political, not a national, symbol was itself a political decision but this concerned Uefa not a jot).

Immediately after the match, the Green Brigade embarked on fund-raising for Palestinian charities. They gained publicity by framing it as an attempt to match the widely-expected Uefa fine, which they estimated at £15,000, approximately what Celtic were fined in 2014 for the same ‘offence,’ at a Champions League qualifier against KR Reykjavik. By the time the fine was confirmed, fans had pledged nearly TWENTY times the fine. And the eventual total of £176,000 was donated to the Lajee Refugee Centre and Medical Aid for Palestine.

Last week, Celtic fans, via the medium of banner, told the considerable fascist element of Italian club Lazio’s fanbase to “vaffanculo” (f**k off), after said fans marched through Glasgow’s city centre on the afternoon of their club’s Europa League match at Celtic Park, to the accompaniment of fascist salutes and songs.

Uefa charged Celtic for their fans’ banners and both clubs for their fans’ chants, citing Uefa disciplinary regulations article 16(2), which makes clubs liable for fans’ “inappropriate behaviour,” including “gestures, words, objects or any other means to transmit a provocative message that is not fit for a sports event, particularly provocative messages that are of a political, ideological, religious or offensive nature.” As a confused ‘Shaysda’ tweeted: “So, Uefa punish Lazio for being fascists and punish Celtic for pointing that out?”

Uefa’s Ethics, Control and Disciplinary Committee will discuss the charges on 21st November. And it would be as much the right thing to do as it would be an almighty shock if they said: ”Well, it was FASCISTS they were telling to vaffanculo, so fair enough.” It would also send a far more powerful anti-fascist message than any Uefa ‘initiative’ in the area (I use the speech marks unhesitatingly). But as it would also expose those initiatives’ ineffectuality, Uefa will inevitably NOT send that message.

So, in advance of the inevitable sanction, the Green Brigade have embarked on more fund-raising initiatives (no speech marks here). On Thursday, they set up a “GoFundMe” page, under the hashtag #FootballAgainstFascism, to support Rome and Glasgow-based charities the Baobab Experience and Scottish Action for Refugees (see end of article for details).

In a 450-word statement accompanying the appeal, the Green Brigade noted Celtic’s history as “an immigrant club” founded by the Glasgow Irish community which originated from “fleeing famine and colonial oppression” in Ireland. The statement linked the “sectarianism and racism” those Irish overcame with the “intolerance towards immigrants” which remains “a familiar tale across Europe,” that “all too often manifests itself in football stadiums” and “has gone unchallenged for too long.”

And they explained their actions thus: “Celtic proudly proclaims to be a club like no other and with such claims comes responsibility. We must have the confidence to stand by the ethos which we were born from.  Equally, we must stand against morals that are the antithesis to our existence. In short, fascism has no place in Celtic Park or beyond.”

By way of contrast, they noted that despite “hailing from the Italian capital” and thus being “no strangers to the modern day refugee crisis, with Italy currently holding over 170,000 refugees, our Laziale guests, far from being tolerant, are instead renowned for their extreme-right views which were witnessed both on the streets and in the stands last Thursday.” To which, they claimed, “the Celtic response was modest but unequivocal: f**k off Lazio.”

And the Green Brigade reserved especial scorn for Uefa, “whose inaction against racism has only served to encourage it.” As they reminded fans: “In 2016, we harnessed Uefa’s pettiness into a vehicle for good. In 2019, our aim is the same. We ask all Celtic fans, fans of all clubs and none, to continue to oppose racism and fascism (and) support our appeal to once again undermine the impending and unjust Uefa fine. In doing so, we will not only promote tolerance and inclusion but provide much needed practical support to the two charities with projects in Rome and Glasgow.”

Outside the realms of fascism, fascist apologia and fascism’s fellow-travellers, this is undeniably a good thing. Far worthier of positive comment than their original protests were of negative comment. The Daily Record ‘newspaper’ columnist Keith Jackson should reach his opinion column word count limit this coming Monday with positive comment on these initiatives, as a follow-up to last week’s column if nothing else.

And by the time many of you read this, you will know if Jackson has done so and if I’m wrong to think there’s two-tenths of five-eighths of SFA chance he’ll pay any heed to this whatsoever. Last week’s column, after all, was nothing more than a Celtic fan hit-piece. And the Green Brigade’s fund-raising doesn’t exactly fit that narrative. In 2016, the word ‘Palestine’ allowed many people to accuse the fans’ group of supporting and funding “terrorists.” But it will be far more difficult to portray this fund-raise in such terms, although extremist nutjobs will doubtless already be at such work.

Last week, Jackson was dismissive of any suggestion that Celtic fans were on “moral high ground” in opposing fascism to its face, a paragraph before stating that “fear or loathing of murderous, racist dictators” was “surely to be promoted.” So, who knows whether there are any limits to the man’s hypocrisy? But there are no such excuses for others to criticise the Green Brigade here. They are undeniably doing the right thing. As they did last week.

The Baobab Experience offers asylum seekers in Rome food, clothing, accommodation services, legal assistance and physical and mental healthcare. In Glasgow, Scottish Action for Refugees (SAFR) has set up a community hub (a “SAFR Space”) offering support for refugees and asylum seekers with the practical aspects of setting up a new life in a strange country. 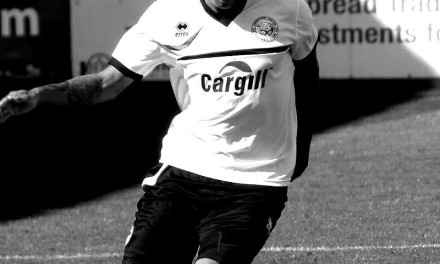 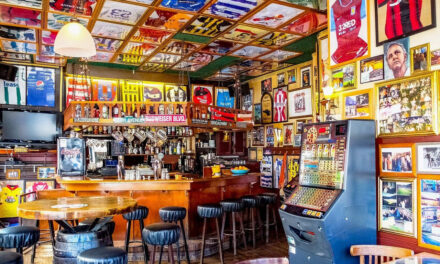