Aleksander Ceferin: The UEFA President Who Wasn’t There

Since the largely-unheralded Aleksander Ceferin was elected Uefa president on September 14th by 42 votes to 13, streams of questions have emerged on almost everything about him. Such a victory would be remarkable for an experienced, well-known football administrator.  Indeed, his emergence as a candidate from out-of-nowhere was, literally, remarked upon throughout the campaign. As was once said disparagingly of broadcaster David Frost, Ceferin almost “rose without trace.” Yet the few traces of his football administrative experience are fading under scrutiny.

The alleged support Ceferin received from Fifa president Gianni Infantino was not criticised by all respected writers. World Soccer’s Keir Radnedge asked: “If Ceferin had support from Infantino and Russia’s multi-tasking Vitaly Mutko, so what? The snarling critiques suggested such manoeuvring was some sort of crime. What was he supposed to have done?” But it was questionable because Uefa elections are none of Fifa’s business, in rule. And because Ceferin becomes a Fifa vice-president, ideally-positioned to return any favours accorded him since, and allegedly before, the campaign began.

Such things are impossible to prove. If certain Nordic associations struck a deal with Ceferin, as alleged by Norwegian football magazine Josimar, there are no minutes knocking about as confirmation.  However, Ceferin’s curriculum vitae (CV) has also become questionable, revealing a dearth of relevant football administration experience and allegedly exaggerating even that to the point of dishonesty. As noted on 200% last week, Josimar writers Andreas Selliaas, Pål Ødegård and Håvard Melnæs touched on this during the campaign.

Ceferin was elected, unopposed, as president of his native Slovenia’s Football Association (NZS) in February 2011. Josimar claimed NZS regulations required five years’ football club directorship experience from presidential candidates. Ceferin’s Uefa website profile said “he served as a member at NK Olimpija Ljubljana from 2006-11.” This supposedly met NZS requirements, despite over four years of it being “consultancy” work rather than a directorship. And this was ratified by the university law faculty from which Ceferin graduated and to which his family have historic links.

Uefa’s profile referenced “work with the executive board” of a Slovenian futsal club and membership of “the executive committee of amateur side FC Ljubljana Lawyers since 2005,” with whom Ceferin played alongside university buddy Tomaz Vesel, the Fifa Audit and Compliance Committee (A&CC) chair appointed by Infantino to replace Infantino-foe Domenico Scala. However, even this futsal experience is thrown into doubt by closer scrutiny than that seemingly applied during the “eligibility checks” the presidential candidates passed (which then included Spaniard Angel Villa Llonar, who was fined by Fifa’s ethics committee only last November).

Naturally, Infantino dismissed claims of undue election influence, declaring it “very clear that “the FIFA president is neutral” in any confederation election and calling the claims “imagination and lies” that “(insulted) the intelligence of the 55 associations…convinced by a programme,” which rather insulted the intelligence of those highlighting the large support Ceferin received even before announcing his candidacy, let alone any “programme.” Infantino ignored Ceferin’s alleged-influence on Vesel’s appointment. A&CC vice-chair Sindi Mabaso-Koyana reportedly proposed Vesel. But Josimar claimed Infantino “asked Ceferin to “recommend someone.” And when pressed on the subject, Ceferin said “he was asked for a reference by ‘a friend close to FIFA’.” Ceferin now also denies that Vesel was a “college mate,” both admitting only to playing “a few football matches together.”

However, the Josimar trio and a Josimar translator have increased the pressure this week. On 16th September, they published The Curious Case of Ceferin’s CV, asking if Ceferin had “the necessary credentials when he became president of the (NZS) in 2011?”. Though they couldn’t confirm the NZS requirement for five year’s directorship experience, they discovered that the “only available hands-on rules,” from 2012, included a requirement of three years’ experience, which Ceferin still didn’t meet. They couldn’t establish any futsal club links before 2012. “Several” sources denied Ceferin was ever “a member of the executive board.” And Josimar claimed that no “FC Ljubljana Lawyers” executive board experience met the requirements “because the team isn’t organized under the umbrella of the (NZS),” while raising valid doubts that a “Sunday League” team would have an executive board.

Most damning, Olimpija’s press officer confirmed to Josimar that Ceferin was a director for mere months of his five years as what his Uefa profile termed a club “member.”  Aljosa Vekic said Ceferin “helped us acquire our current name…in 2006 as an external legal advisor” (the club went bust in 2004 and restarted as FC Bezigrad) before he “became a board member in 2010.” “Perhaps it’s not such a big deal that (he) didn’t have the right credentials when he was elected (NZS) president,” Josimar said. “But it might be worrying that a UEFA president (with) transparency and good governance as his platform, might have fabricated the little football experience he has.”

Cem Argun translated Josimar articles into Turkish and said “at least two (aspects) of Čeferin’s pre-NZS football-related executive experience are completely bulls**t.” Olimpija’s website had no results for him. In October 2010, four months before becoming NZS president, Ceferin wasn’t among the listed club executives, although a fans’ site shows “executive traces” of him between 2010 and 2012.  Ceferin was not a listed Ljubljana Lawyers executive in June 2006, a year after his NZS CV claimed he became a “Member of the Executive.” And Argun found “no mention of Ceferin at all” on the futsal club website’s “executive leadership” page on 28 March 2010, after four years as a club “standing associate” according to his NZS CV and “work with the executive board” according to his Uefa profile.

Argun called this a “Fast Track Forgery to the Apex of European Football,” claiming Ceferin would not have been NZS president “were it not for these imaginary executive roles”; that his subsequent Uefa/Fifa appointments could not have been made; and that “therefore, he wouldn’t have been even nominated” for Uefa president, “let alone elected.” He was also “deeply terrified to discover” that Ceferin’s Uefa profile pre-dates his NZS presidency, which shows… he’s easily scared.

On September 19th, Selliass wrote New president helps old alliances re-emerge, for widely, rightly-respected website Play the Game, which further questioned the nature of some of Ceferin’s support and the veracity of more of his claims. “Russia and twelve other countries” backed Ceferin before he had a “written manifesto,” or “publicly announced why he wanted to be president.” And in Copenhagen on September 8th, Ceferin “failed to answer direct questions about his past, wouldn’t comment on human rights issues in Russia and had no strong opinion on (how to) challenge the big nations’ hijacking of the Champions League,” despite this being central to his campaign. Ceferin also claimed “he used no external help in his campaign” because he couldn’t afford it. But “sources close to his campaign” said he used “Stevie Hargitay as an adviser on media issues.”

This use of Hargitay cuts across perceptions of Ceferin as Infantino’s puppet, as Hargitay worked for Infantino’s opponent Sheik Salman in Fifa’s presidential election. However, Hargitay’s dad is one-time Blatter henchman and infamous PR-man Peter Hargitay.  Investigative journalist Andrew Jennings dislikes Peter Hargitay, which is condemnation enough and may part-explain Ceferin’s reluctance to utter the name, lest Stevie be assumed guilty-by-family-association. Nevertheless, Salliass rightly asked: “Why didn’t Ceferin tell us he used external help? Because he got his advice for free? Has he more to hide?”

On September 20th, Argun reproduced a 2011 article by Rok Sinkovec from Slovenian daily paper Delo: Do we know what we are doing or are we being misled? published nine days before Ceferin became NZS president. Sinjovec raised the eligibility issues which still dog Ceferin and questioned his claim to political and financial independence: “I have no football godfather supporting my candidacy.” Sinkovec cited Ceferin’s many political “friends and clients,” his “channelling” of finances to Olimpija executives “in exchange for board membership, election support and unconditional silence” and his “like-a-father” relationship with “Ljubljana Mayor and controversial millionaire Zoran Janković, who built the Stožice Stadium for Olimpija…where (Ceferin) conveniently landed a board membership.”

The Josimar trio (plus Danish tabloid newspaper Ekstra Bladet’s Jan Jensen) then raised a new issue: Was the Uefa loan spent on the stock market? Last year, the NZS borrowed €3m from “Russia’s biggest bank Sberbank” and €4m from Uefa. Big money for an association which turned over “roughly €17m” in 2015. The NZS 2015 annual report said the Sberbank loan “was spent on the building of (a new national) technical centre.” (May’s formal opening attended by, among others, Infantino). It also said the NZS “acquired 17.3%” of sports gambling company “Sportna Loterija for €3.6m.” Another Josimar source claimed: “The UEFA money made it possible to invest in the stock.” And “several people in Slovenia (confirmed) this” under condition of anonymity.

“Several UEFA sources” said such loans “must be spent on football-related matters.” And Uefa finance committee member Allan Hansen referenced: “a clear definition of what the money can be spent on,” adding that “he could not imagine” buying stock market company shares was within that definition. NZS media officer Matjaz Krajnic replied to article co-author Havard Melnaes in the snarkiest terms, thanking him for his “sudden interest in Slovenian football,” and suggesting that if he was at the last NZS congress, “the information you are seeking” would have been in his “press kit.” “As a good investigative reporter with very credible sources in Slovenia,” Krajnic added, “I am sure you won’t have any problems finding the information you need. Since your agenda is questionable at best, the (NZS), as a small federation, has to focus on its daily business rather than answering defamatory allegations by a conspiracy theory-chasing publication.” This was idiotic rudeness.

This story particularly annoys because a president from a small Middle-European nation should facilitate a desirable transfer of Uefa power, away from the bigger clubs. Yet the responses to Josimar’s work can only have increased doubts about Ceferin. It should be possible to portray the pressure on Ceferin as a smear campaign. Josimar’s articles are hugely based on anonymous sources with unknown motivation (Ceferin’s career as a criminal lawyer would surely have made him enemies). As such, they don’t nail down many of their claims.  But Josimar articles co-author Pal Odegard tweeted in Copenhagen last week: “Čeferin dismissed our claims but also failed to clarify any of them.” And Ceferin’s response in London this week, “that’s another joke, it’s all completely clear, Uefa has all the documents” is the latest of many examples of a snarky failure to “clarify.” For instance, it is “completely clear” from the Slovene FA’s own report that a Russian bank loan paid for the technical centre. So what was the Uefa loan for?

The longer such questions go unanswered, the more valid they are. And, as a result, Ceferin’s days-old presidency is already starting to stink.

(NB: Just after I was finishing this piece, more Josimar claims emerged, this time questioning the validity of Tomas Vesel’s appointment to the chair of Fifa’s Audit and Compliance Committee. It seems your fears that another Josimar-based article may be on the way are confirmed, for these questions, as they say, “aren’t going away you know.”. But, for now, I’m going away for a lie down).

Josimar can be found here – Give ‘em a read. They’re good. 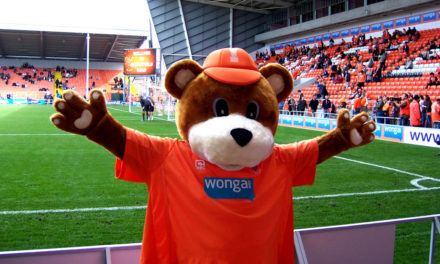 Blackpool, The Oystons & The Morning After 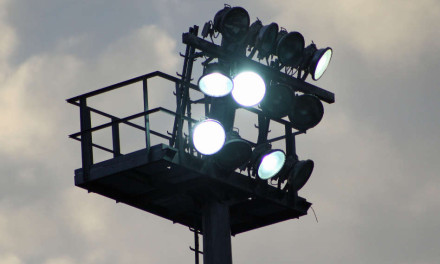