Bury: The Darkest Hour Is Just Before Dawn

Tomorrow morning, the smoking crater that is Bury Football Club will be back in the High Court in London. On the 4th December, the latest in a series of adjournments to a winding up order that should really be a tap into an open goal was waved through, this time because the club stated that it had been paying PAYE since February on salaries, despite not actually paying those wages to those who supposedly “earned” them in the first place. If any story could sum up the absolute that this mess that this football club became over the course of 2019, this is surely it.

The following day, the 19th December, and altogether more important meeting – an open meeting of the club’s supporters trust, Forever Bury – will be taking place at the Elizabethan Suite at Bury Town Hall. The future of the club, whether a version of the existing limited company or a phoenix club, remains up in the air, with Forever Bury, having apparently taken the viewpoint that it would be better to take a small (and, in terms of actually having a say over its future, meaningless) shareholding in a newly-incorporated company set up by a man with a history in property development, a patchy business record, and no previous ties to the club.

Robert Benwell is an entrepreneur, because of course he is. Thirty-five years of age, Companies House shows a business history which doesn’t look exceptionally stellar. Juice Nation Ltd was incorporated in September 2017 and was dissolved by compulsory strike-off in January 2019 after having submitted no company accounts and, it would seem, having not traded at all, whilst Vape Nation Group Ltd was incorporated in August 2017 and followed exactly the same fate as its similarly-named sister company.

Meanwhile, LCCX Ltd (which is believed to be related to crypto-currency) was incorporated in January 2018. Both that company’s confirmation statement (an annual document confirming that the Companies House information held is correct and up-to-date) and its first set of company accounts are ten months and two months overdue respectively, though a compulsory strike-off was suspended in the summer.

Of considerably more interest is the gaggle of companies that Mr Benwell has been incorporating over the last few weeks or so. On the 11th of November, DPEN Ltd came into being. All we know about this company is that it describes its nature of business as “Buying and selling of own real estate.” On top of this, three new companies were incorporated a couple of weeks ago: 6ix Ltd, Bury AFC Ltd and Gigg Lane (Holdings) Ltd.

There was, of course, no formal information available on what exactly these new companies would be doing, but the clues were very much in the name in the case of two of them and these confirm the separation of the club from its the home. There can be good reasons for doing this. Benwell states that such a move would “secures Gigg Lane in Trust, separate from a re-formed Club.” But, considering the scant amount of information there is regarding Mr Benwell’s previous business ventures, why should be trusted to “do the right thing” over all of this? Bury supporters do not have to reach back very far into the past to understand the consequences of what can happen when speculators with no prior reported involvement in the game become interested in their club.

What we can say for certain is that Benwell seems to have the full support of the Forever Bury trust board. Whether they’ve carried any due diligence on him whatsoever is not known, but last week they did see fit to publish a public statement on his behalf, in which he oddly stated that “I have friends from the local area, some of whom having been attending Gigg Lane since they were young”, claimed that his investment would “help the Club progress up the leagues, develop new training facilities for both men and ladies teams, set up an academy and promote the Club within the community”, and that supporters of the club should “combine our efforts and work toward securing football at Gigg Lane once again, on the basis of creating an investment friendly fan owned club for the future.”

This working together and lending him their supporter won’t necessarily earn anyone a place of the board of directors of the club. “Should their support require a position on the Club’s Board, then such a move is entirely possible”, are Benwell’s own words on the subject, but he certainly does need their support. It was noted that all it took for Benwell to get the support of the Trust was a 10% shareholding in the new company, which would have next to no influence over the decisions made by the directors as a board, especially if the remainder of the shareholding sets in one or two pairs of hands.

The obvious question to ask at this point is how Forever Bury can throw their lot in like this without the full support of their membership. The answer to this question is that the Trust’s behaviour over the last couple of weeks has been very odd indeed. On the 3rd of December, they issued a word salad of a public statement which confirmed that they had “been approached by one party who wishes to buy the ground out of liquidation.” This is presumed to be Benwell. Four days later came a second statement, which was even more remarkable in its content than the first had been.

Former Trust chair Dean Hamer confirmed that this 10% shareholding (described by Hamer himself as “measly”) had already been agreed, and that the Forever Bury Board had already sent a letter to Capital Bridging Finance Solutions, the company which holds the mortgages taken out over Gigg Lane by previous owners of the club, endorsing Benwell’s proposal. This second Trust statement confirmed that the letter to the loan company was to be revoked, but what on earth were they thinking of, bypassing the entire Trust membership (and even some members of the Trust board), in order to try and push Benwell through as a preferred bidder for the stadium, should the liquidation go through?

Talking about non-disclosure agreements as though they’re some sort of magic shield which deny the right to scrutiny is exactly the sort of thing that the shadiest businessmen do, even if Benwell isn’t shady himself, and the tin-eared nature of the trust’s recent decision-making may be best summed up by the fact that supporters poured money into various exercises in tin-rattling over the course of the year, including joining the actual Trust itself, presumably with the thought of “Never again” hanging heavy in their minds. On its website, Forever Bury is still offering life memberships for the princely sum of £150, but what would be the point in this, if the Trust itself wishes to cede any significant control over the future direction of the club to an investor whose wealth is unknown and whose closest links to the club is having “friends from the local area, some of whom having been attending Gigg Lane since they were young”?

Arguably the whole point of football clubs being owned by the fans is that the fans themselves exercise that control. They may choose to give this up, as has happened at Wycombe, Portsmouth and others in recent years, but decisions such as backing a private buyer when there is a phoenix club already trying to get itself off the ground feels like a dangerously counter-intuitive policy for a supporters trust to be taking. It is clear that Forever Bury has been wedded to the ideas of saving the existing club since it became apparent that expulsion from the EFL was inevitable, but the entrenchment of this idea seems to have had a corrosive effect on its ideals, and this looks all the more strange when we consider that a phoenix club is already in the process of being set up.

Bury Phoenix completed its application to join the North West Counties League today, and the people running that particular entity had to issue a statement regarding recent events at the club a couple of weeks ago, distancing themselves from the Trust’s under-the-counter actions and reminding all concerned that buying Gigg Lane from the liquidator would not be keeping the old club alive. Forever Bury board members may wish to consider that Bury Phoenix are leaving them for dust in establishing a phoenix club, with an honest FAQ that clearly states the hurdles to overcomey, but which emphasises repeatedly the importance of community ownership and the importance of the club as an asset of its community.

Bury Football Club is almost certainly going to finally be killed off at the High Court, barring something extraordinary happening, whether it’s this week or whether it’s kicked into the long grass until the new year. And at this stage, this needs to happen. It is understandable that there will be those who find this an act of concession or an admission of defeat, but the legacy of Bury FC should at the very least be a brighter future, a unified voice, and a club of which the town can be proud. There is every chance that this can still happen. If Forever Bury can be brought back into the fold of a phoenix club – and only the Trust membership has the power to do this – then the new club will be stronger. The risk is a schism that can never be undone, and when we consider how difficult things became for the old Bury club, such a schism is something that the supporters of any new club can ill-afford at the moment. 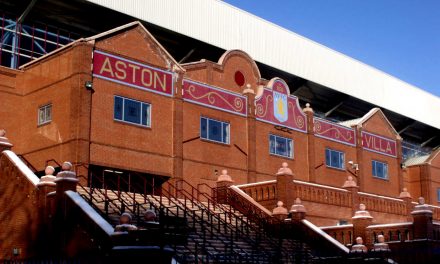