At twenty-seven minutes past three this afternoon, a ripple of applause will be audible across matches the length and breadth of the country. It’s been twenty-seven years since a Football League club last dropped out of the competition, before Bury FC was expelled on the twenty-seventh of August. A cold chill has blown through the game in this country this week, a reminder of the vast inequalities that exist between the haves and the have nots within and the lack of safeguards for valuable community institutions that have mostly existed for more than a century. If we have been sleepwalking towards the events of the last few weeks for at least two decades, a vast number of us have awoken with a jolt this week, with the realisation that the impossible can happen, that those existential threats to our clubs are not, as is occasionally claimed, overblown. A lot of people are now wondering whether this is a period of calm before a force nine gale for a lot of EFL clubs.

At Gigg Lane, meanwhile, the seven stages of grief are being worked through, albeit in a somewhat jumbled order. There is talk of legal action, on the basis of… reasons that aren’t entirely clear. Reports have stated that the basis for this is the League’s refusal to countenance three ‘viable bids’ that arrived before Tuesday afternoon’s deadline, why the league allowed an extension for one of these bids but not the two others, how the owner, Steve Dale, passed the Owners & Directors Test, why the former Port Vale chairman Norman Smurthwaite was not considered an appropriate owner, why the EFL refused to meet Bury representatives on Friday and why the league considers it proportionate to make the club drop down five divisions. In other words, a flailing mess of questions that probably should have been both asked and answered months ago. It all looks like death throes from this distance, with little chance of success. Perhaps something coherent can be made from it all, but it all sounds like too little too late at the time of writing.

The much-publicised interest of a Brazilian pastor called Gustavo Ferriera, who suddenly had a £7m bid for the club ready shortly after the deadline had closed on the advice of the Bury goalkeeping coach Adriano Bassano, raises considerably more questions than it answers, the most obvious of which is: why did this only emerge after the deadline had passed, if a club employee had been its source? If this bid were credible, surely it would have been made considerably earlier than shortly after the last available moment. It is the desperation for someone, anyone to put money into football clubs that has led so many of them into near-death experiences. It seems vanishingly unlikely that the answer to a situation caused precisely by this sort of desperation will be caused by… more of the same. Perhaps Ferriera is a gift from the gods, a guardian angel sent down to provide salvation for Bury FC. Perhaps, however, he isn’t, and Bury’s position had by the start of this week become way too serious for the application of more sticking plasters to be of a great deal of use to anybody. Kicking the matter into the long grass by following this failed model yet again feels as though it would be yet another failure on the part of the EFL, if accepted.

To hear owner Steve Dale on the radio this week, trying to claim the goddam moral high ground over this omnishambles has been particularly galling. The man who has finally admitted to having no interest in football, who had been quoted as stating that he’d never heard of Bury Football Club prior to buying it, who bought a debt of £7m for £70,000 and then decided that he wanted £1.75m for his troubles – despite only having veen been involved at Gigg Lane since last December, who wasn’t paying his staff and then accused one of them who challenged him in a radio interview of being a liar would have no place commanding the moral high ground in a cesspit. Dale, who seems spectacularly tin-eared, even by the dismal standards of the modern football club owner, can only now do any good whatsoever for whatever this incarnation of Bury FC is right now by shutting the hell up, getting the hell away from it, and never going anywhere near a football club, ever again. This is your legacy now, Steve. This is your future epitaph, and you wrote it yourself. A fulsome apology would apply only the mildest of tinctures, and there’s nothing you can do about it.

The Insolvency Practitioners Association have also confirmed that they will be investigating the CVA that was supposed to be rescuing the club, and in particular the £7.1m owed to former owner Stewart Day’s company Mederco, which was sold for around a penny in the pound to a company owned by the partner of Dale’s partner called RCR Holdings, which had been incorporated just a couple of days earlier. Witrh Mederco themselves having entered into administration in May, their administrator, the firm Leonard Curtis, had told the company’s creditors that it couldn’t even establish how much money, if any, was owed by Bury. It said there was a “lack of evidence as to the accuracy and proof of the quantum of any debt” and had sold RCR the potential claim to any debt for £70,000. The obvious question to ask on this subject is how a company in administration – and therefore already supposedly having everything managed by an insolvency practitioner – could possibly sell an asset listed as being worth £7m, but insolvency law is complex and the answers to such questions may take a long time to emerge.

In the meantime, the EFL continues to waffle, the media will likely turn its attention elsewhere, and the only people who can be trusted to reliably pick up the pieces of this absolute disaster are likely the supporters of the club themselves. Gigg Lane is considered an Asset of Community Value, whilst the local council have already confirmed that there is a covenant over the site restricting its use to recreational purposes, so despite the fact that a £3.7m mortgage remains payable to a company called Capital Bridging Finance Solutions, there remains a degree of hope that it may be possible for any new club representing the town to continue playing there. It’s too early by a long way to say what will happen next, but the most likely outcome from all of this is likely to be a new Bury club playing somewhere in the league system next season, though this could all change, especially considering how unprecedented all of this is. Just don’t expect anything significant to change in a broader sense until the chorus of complaints becomes so loud that nothing elese can be heard. Change may be in the best interests of protecting clubs. It may be in the best interests of supporters. But it doesn’t appear that the EFL considers it to be in its own best interests. Make of that what you will. 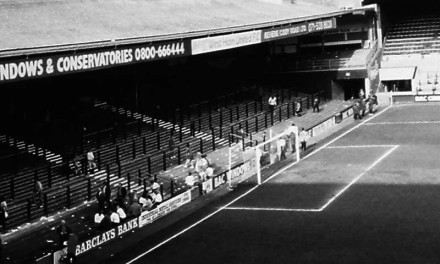