Bristol Rovers: On Being Victimless, and Being “Victimless”

This year hasn’t been a particularly successful one for Bristol Rovers, so far. They’ve won just three league matches in 2021, and finished last season well adrift at the bottom of the League One table. This poor run, of course, came with consequences. Manager Paul Tisdale was relieved of his duties in February to be replaced by Joey Barton, their third manager of the season. Barton was – not unreasonably – given something of a free pass for being unable to keep the team in League One, but the events of the last few days have served as a reminder that this particular manager comes with considerable baggage that extends beyond football itself.

It was only towards the end of last week that the story became public knowledge in the first place, when the Metropolitan Police confirmed that Barton had been charged with assault by beating following an incident in Kew, West London, on the 2nd of June. It has been alleged that Barton grabbed his wife, Georgia Barton, by the throat and kicked her in the head outside a property where they had been with two friends, and that Mrs Barton subsequently called the police and requested that he be removed from the property.

His employers had kept relatively quiet on the matter, but yesterday Bristol Rovers did issue a statement on the matter which caused something of a furore. Indeed, this is such a sensitive matter that, in reporting that the club had even done this, the Bristol Post felt compelled to leave one particular line out of their report with a qualifier added at the bottom of their piece that, “Part of the club’s statement has not been published for legal reasons“, which in itself says something about how ill-advised it was in the first place. The omitted sentence reads:

Accordingly, the Club is unable to make any further comment other than to quote the Crown Prosecutor this morning who said “this is a victimless crime. No one has made a claim of assault”.

As the trial is currently ongoing – Barton pleaded not guilty to the charges brought against him yesterday morning by video link – it would be improper to comment further on the specifics of this particular case. It is in the best interests of us all that justice is served to the fullest extent that it can be, though. Defendants have an inalienable right to a fair trial and judges have sweeping powers, should they feel that this is being impinged upon by comment in the media or on social media.

This has happened before. In the case of the murder of Angela Wrightson in 2014, the judge ordered a retrial, demanding that the media remove every comment about the trial from any news article and social media post. The order also asked the media to “remove all links from [their] websites to other websites, including social media sites” – a ruling which effectively meant that media organisations had to remove all reports of the trial or disable every hyperlink on the site, and requiring them to “refrain from issuing or forwarding tweets relating to the trial”.

This, however, is not a murder case, and in this case contempt of court probably won’t be a major issue as it is being dealt with by a magistrates court rather than a Crown Court. This is because it’s being treated as a summary offence, which is considered the least serious offence for which a defendant can be tried. Common assault, for the record, carries a maximum prison sentence of six months.

As such, the verdict will be decided by magistrates rather than a jury and it is considered that the risk that they could be influenced by outside voices is far less substantial. None of this means that we shouldn’t still be careful with our words over this trial – defamation is a real risk until at least a verdict is reached – and it does suggest that the newspapers may be justifiably cautious in their editing, at present.

All of which leads us back to a question that has been occupying social media since last night; why did Bristol Rovers decide to make a comment in their official statement on the matter which has inflamed so many people? The most likely explanation is that they’ve mixed up a “victimless crime” with a “victimless prosecution”, which might seem like a very slight matter, but it’s something that does matter.

No-one in their right mind would argue that common assault is a “victimless crime”, but a “victimless prosecution” is not the same thing. Instead, it is a very specific legal definition, a prosecution in which no evidence is directly taken from the complainant, usually pursued where a victim is unwilling or unable to give evidence themselves, when it is considered to be in the public interest to continue with the prosecution without the victim. There is an explanation of how this works in practice in relation to domestic violence cases from a police perspective here.

Conflating the two, however, is not a strong look for Bristol Rovers, even if in error. The obvious response to their statement is to think, “Why would you even think that, let alone say it out loud?” The replies on Twitter last night were packed with people expressing their extreme displeasure at the tone of the club’s statement. Some will likely now be thinking twice over whether they wish to visit The Memorial Ground again. The club may well be thinking that it’s standing by its man at a difficult time. In reality, though, the most likely outcome of this will be lost money from people who decide that actually, a club that passes comment like this during a court case for domestic violence isn’t somewhere that they wish to visit any more.

And when we talk about Joey Barton’s baggage, well, there is serious baggage to consider. Barton has already been convicted twice of violent crimes. In 2008, he was sentenced to six months’ imprisonment for common assault and affray following an incident in Liverpool, which resulted in him serving 74 days. In the same year, he was also given a four month suspended sentence after admitting assault occasioning actual bodily harm on former teammate Ousmane Dabo during a training ground dispute, the previous year.

Outside of the courts, Barton has been charged with violent conduct three times by the FA, for the assault on Dabo, for punching Morten Gamst Pedersen in the stomach during a match between Newcastle United and Blackburn Rovers, and for attacking three Manchester City players on the final day of the 2011/12 season, while playing for Queens Park Rangers. He also received an 18 month ban from football after admitting an FA charge in relation to betting. Fleetwood Town hired him as manager upon the expiry of this ban, but in July 2019, he was charged with causing actual bodily harm following an incident involving the then-Barnsley manager Daniel Stendel following a match at Oakwell the previous April. That hearing was rearranged and is due to be heard later this year.

So Joey Barton comes with baggage, and it’s not only historical. Even if we pay no mind whatsoever to the case that he’s currently answering, there has been a thread of violence throughout his playing career which doesn’t seem to have diminished with age, an albatross which has continued to hang around his neck as he’s transitioned into management.

Joey Barton is 38 years old. Old enough to know better and, some might argue, young enough to change. The fact that these incidents haven’t stopped over the years, however, casts a shadow over the question of how much he wants to change. Come what may over the next couple of months of his life, and whatever may or may not follow them, he needs to reflect upon the fact that it’s on him to do something about that temper.

As for Bristol Rovers, well, they have at least issued a statement this afternoon clarifying their position and apologising for any offence that they may have caused. It’s up to their supporters now to decide whether they accept the apology and will move on. With his current trial having only just started and another one due in November, though, this story certainly hasn’t yet run its course. Rovers, however, will have to live with that. It might be argued that this was really an entirely predictable consequence of having hired him in the first place. 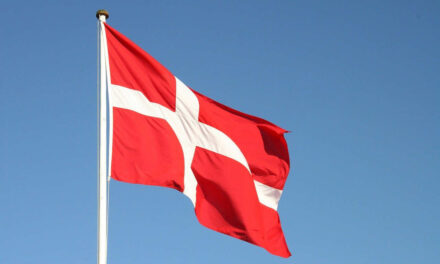 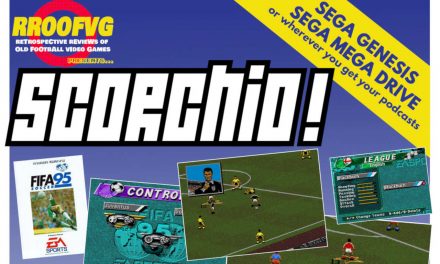