Blackpool, The Oystons & The Morning After

Those who turned up at Bloomfield Road this afternoon expecting the place to be packed to the rafters ended up disappointed on two fronts. Just over 5,000 people turned out for this afternoon’s match against Portsmouth, but it should be considered that this number included 1,700 travelling supporters who’d made the long journey north from the Hampshire coast. Blackpool’s last home match against Wigan Athletic had a home attendance of just over 3,600 people. This afternoon’s had a home attendance of just over 3,300. The boycott of Blackpool Football Club by a significant proportion of its supporters continues, and it seems likely that it will do until the Oystons have gone from the club altogether.

On the pitch, meanwhile, those who did turn out to watch went home disappointed as Portsmouth won the match by three goals to two, a result which, in a tight League One table, dropped the team from the fringes of the play-off places to what might be described as the mid-table anonymity of thirteenth place in the table. At this point, it is worth briefly mentioning the achievements of manager Gary Bowyer over the last couple of seasons. Bowyer took the Seasiders up through the League Two play-offs at the end of last season and has settled the team comfortably back in the division from whence they were relegated two seasons ago. Furthermore, he has managed this against the unique level of acrimony that has settled over this club over the last five or six years or so. We can say what we wish of the fate that has befallen this club over the last few years or so, but Gary Bowyer can at least say with confidence that he has done the job that he was employed to do.

Still, though, what happens to Blackpool FC on the pitch feels like something of an irrelevance in comparison with what happens away from it at the moment. In the immediate slipstream of the court verdict that the Oystons had “illegitimately stripped” the club of £26.77m and that they will now have to pay £31.27m to the club’s “unfairly prejudiced” 20% shareholder Valeri Belokon, celebrations were tempered by the nagging fear in the back of the head concerning what the Oystons might do next. With their history of litigation against supporters who criticised them, it might have been reckoned, was it beyond the realms of possibility that their departure from Bloomfield Road might end up being of the “scorched earth” variety?

On Thursday, however, both the Blackpool Gazette and BBC Radio Lancashire reported the news that supporters had been waiting quite a long time to hear. The confirmation was eventually also posted on the club’s official website, that both Blackpool Football Club Ltd and Blackpool Football Club Properties Ltd – which owns Bloomfield Road – are now up for sale. This is an important detail, as it indicates that the likelihood is that there will be – unless the family pulls one final rabbit out of the hat by completing a sale of one and not the other – no separation of the club from its ground, as has been so damaging to other clubs in peril in the past. Social media was awash with celebrating fans, not only of Blackpool but also of other clubs whose supporters have protested with Blackpool’s over the last couple of years or so. Leyton Orient and Coventry City were amongst the other clubs offering their congratulations to Blackpool supporters over what can only be considered a significant milestone in the eventual liberation of the club.

Of course, no such announcement of this nature would be complete without the Football League finding a way of introducing some low comedy to proceedings. There is something intrinsically funny about Ben Toner refereeing a match involving any one of a handful of Football League clubs at the moment, and for him to have been selected as the referee for a match between Blackpool and Portsmouth – a club that had enough bent owners to last a lifetime over the course of just a handful of years – if anything gave the impression that someone that the Football League’s headquarters might have a keen sense of humour, or at the very least irony.

On Friday afternoon, however, the League issued a statement which confirmed that Toner had been replaced for this match by Jon Moss – who, having come on for the injured Bobby Madley during the Premier League match between Stoke City and Leicester City last weekend, is having an eventful November – but not, they were at pains to point out, on account of the pun-tacular nature of Toner’s name, but because “of the increased attention surrounding this weekend’s League One fixture between Blackpool and Portsmouth.” The decision was reportedly taken by the PGMOL, the referee’s body, but such is the state of the Football League’s reputation amongst supporters that this minor detail couldn’t quite detract from the guffawing going on over it all.

In amongst all of this mirth, however, there remain serious points to be made concerning the ongoing lack of governance of football club owners in this country. Everything that has happened behind the scenes at Blackpool since promotion to the Premier League suddenly made pound signs appear in the Oystons’ eyes has happened in plain sight. The inertia of both the Football League and the Football Association over all of this has been striking, and it can only be considered that, when a matter of this nature ends up before a judge, this in itself is little short of a catastrophic failure of governance on the part of the governing bodies that have the remit to deal with this sort of thing themselves.

Every failure of ownership at a football club is ultimately a failure of the fit and proper persons test for owners and directors, and this particular test has become so derided amongst supporters over the last few years that it is now really no more than a joke. It is, perhaps, a reflection upon the insularity of the Football League and the FA that they still don’t seem to understand how tone deaf they are. Both the Football League and the FA have made laughing stocks of themselves on a variety of different subjects over the last couple of years, but our laughter is tempered somewhat by the very real consequences of their decisions, or lack thereof. The only rational conclusion that can be reached from the Football League’s ongoing insistence that the owners and directors test is anything but a farce is, at this stage: well, they would say that, wouldn’t they?

Who knows, though? Perhaps this time they will take the hint. Stranger things may have happened, even if none spring immediately to mind. The potential at Blackpool is obvious. This is a club that was playing Premier League football seven and a half years ago, after all. Whoever the new owners of the club turn out to be, they’ll have a chance. No-one has an entitlement to such extent, but they’ll have a chance. This story isn’t quite over yet. Putting a football club up for sale and selling a football club are two quite different matters, as supporters of, say, Sunderland will attest. The potential for further forks in the road is real.

But none of this is really for the owners. This is for the supporters who’ve seen their club slump at such a precipitous rate that they were left with no alternative but to do the one thing that is completely counter-intuitive to the match-going supporter – to withdraw that attendance in order to try to starve the Oystons out. It took something else to prove the deciding factor, but the supporters of other clubs who have found themselves in similar predicaments will take heart from this week’s result in court. And the Blackpool supporters who’ve kept this battle in the public eye deserve a smooth transition to a new owner that genuinely cares for the wellbeing of their football as an institution as much as they do. 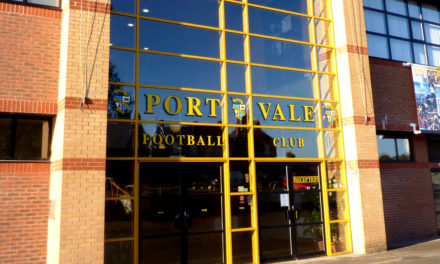 Spygate & The Truths, Myths and Legends of “Dirty Leeds”