So. Farewell, then. Peter Pannu. This time, for good and forever. Probably. Receivers are now in charge of Birmingham International Holdings (BIH), the Hong Kong-based corporate soap opera that is Birmingham City FC’s parent company. And these are the best two pieces of off-field news Blues fans have had in years. On St Valentine’s Day, five BIH directors voted to “apply for the appointment of receivers for the Company.” Three days later, accountants Ernst & Young (E&Y) began the task of applying proper corporate governance to the firm. And last week Hong Kong’s stock exchange (HKSE) were given the magic words: “Mr Peter Pannu has been removed as an executive director with effect from 9 March 2015.”

Pannu’s removal was part of a complete boardroom overhaul. Four directors decided, simultaneously, that they would “like to devote more time to” their “other business commitments.” Others resigned without explanation. “Advanced age and health reasons” ended another directorship and two directors were suspended. Only Pannu and Chan Shun Wah were told to clear their proverbial desks. They were conspicuously (and in Pannu’s case gratifyingly) absent from the E&Y’s expressions of “gratitude…for…valuable contributions to the company.” And having announced the new board, including the three “joint and several receivers,” E&Y added that “they are conducting an investigation into the affairs of the Company.”

Amidst all this, the only direct effect on Blues was that resigning BIH director Panos Pavlakis “remains a director…of Birmingham City Football Club and Birmingham City PLC.” This is widely considered a “good thing” and not just because Pavlakis is not Pannu. Yet most of the departed directors knew as little of Blues’ affairs as Blues fans knew of them, despite Blues being 96.64% of BIH’s business. And there is little outward sign that the replacements will be any different, as the only new non-executive director (NED) not predominantly from a legal and/or financial background has more experience in metallurgy than midfield strategy.

Since/because of Pannu’s departure from St Andrews, Birmingham have had an on-field revival under manager Gary Rowett. However, supporters still want the club sold, as the imprisoned-yet-influential Carson Yeung remains the largest individual shareholder. And E&Y recently quashed rumours of an impending sale by telling the HKSE that it “would be a last resort” and that “they have not commenced any significant discussion or negotiation with any parties.” The “papers” that Solihull-based businessman Gianni Paladini signed all those years ago have been thrown away. And ex-Swindon chairman Jeremy Wray’s recent bid appears similarly consigned to history.

Wray’s bid fell foul of the on-going BIH boardroom civil war. Via mainstream and social media, he explained why he had been unable to engage meaningfully with the board. “On November 1st, I submitted a formal offer…to Panos Pavlakis” to present to the board. “This, for whatever reason, did not happen” and “an agreement for us to start due diligence” was “apparently rescinded.” He claimed Blues needed at least “£25m per year…on a two-year view…to mount a realistic challenge at the top end of the Championship.” And he assured fans that his, un-named, investors “accept this scenario and are prepared to make the necessary investment.” But he “made it very clear that we had no interest in becoming embroiled in the internal issues within BIH.” And since then, Wray and his investors have not become embroiled in any BIH issues at all. Instead, observers have observed Pannu’s now-infamous email outbursts and more directorial appointments, dismissals, re-appointments, suspensions and removals and shareholders’ general meetings than you could shake a stick at.

On December 15th, BIH confirmed that Pannu’s club resignations “have been accepted” and that the board (“save and except” three directors, including Pannu) thought it “inappropriate for Mr Pannu to continue acting as managing director and CEO.” That same day, Yeung was refused bail (his appeal against his money-laundering conviction was held last week). And the club’s accounts were released, revealing increased operating losses of £4.622m, reduced turnover of £20.086m, all but £28,000 of which was playing and non-playing staff costs, and a reliance on £4.4m from BIH to remain a going concern. On December 23rd, BIH adjourned their AGM until January 6th, giving added time for campaigns, notably by Blues’ Supporters Trust, against Pannu’s board re-election. The Trust also contacted Hong Kong’s Securities and Futures Commission (SFC) on December 22nd detailing numerous irregularities with BIH’s HKSE disclosures during 2014.

The anti-Pannu campaign was destined to fail, as Yeung controlled sufficient shares to elect “his people.” And despite talk of splits between them, Pannu remained emphatically one of Yeung’s people and still emphatically an executive director post-AGM. Pannu’s club replacement, Pavlakis was emphatically not one of Carson’s people. And he was voted off. However, showing the numeracy prowess which brought financial carnage to BIH, Carson’s people still lacked a boardroom majority. And within 24 hours the defeated directors, including Pavlakis, were re-appointed. A corporate “hokey-cokey,” as Often Partisan titled it. It soon emerged that Yeung and fellow major shareholder U-Continent Holdings (U-Con) had written to BIH on December 24th and 29th demanding an EGM to elect three new directors, as they should have done at the AGM.

In what resembled delaying tactics, the BIH board wrote to Yeung and (the appropriately-named?) U-Con “to ascertain (their) relationship.” They sought an explanation for Yeung’s motives in calling the meeting. And they asked “the proposed new directors” to “demonstrate whether (they) had the character, experience, integrity and competence commensurate with their positions as directors” and “to provide personal information requested under…the Football League’s Owners and Directors Test.” Delaying tactic or not, this process proved necessary. Joanna Wong Manli was Yeung’s common-law partner, or “de facto wife” to use the fractionally more romantic term. And this was her “best” qualification for a board directorship. It also emerged that her brother, Wang Lei, had recently become U-Continent Holdings’ major shareholder. Li Wen Jun, a “business associate” of Yeung, was a “low-level BIH employee.” And Gurun Arjun Kumar was Yeung’s…bodyguard and driver. No, really.

The board “raised its concerns” with the HKSE and SFC and sought legal advice on a response to the EGM request. Meanwhile, they considered it “inappropriate to convene the EGM at this stage” and vowed to “resist” the requisition “vigorously…to protect the shareholders’ rights as a whole.” However, before they could respond, allegations emerged that “since December 2013,” former BIH compliance officer, Jerry Ko, “may have misappropriated” £2.55m from BIH. The board expressed concerns that the “suspected misappropriation was not raised by the former auditors,” the Pannu-appointed JP CH Alliance, whose response was to “withdraw” their report from BIH’s 2014 accounts.

The auditors cited previously unheralded documentation issues, including directors’ un-returned “declarations regarding their remuneration.” And they complained that the announcement of the missing £2.55m contained “reckless comments…relating to our work.” And they claimed the accounts “might be misleading” because of the misappropriation. The board considered the “validity and implications of this withdrawal” and consulted its “professional legal advisers,” while making Victor Ma, Yeung’s brother-in-law but Pannu’s arch-critic, BIH Managing Director and CEO…posts which, purely co-incidentally (cough), were previously Pannu’s.

After this dizzying corporate tit-for-tat (with emphasis on the “zzzzzz”), matters went quiet for a fortnight while, as we now know, BIH directors prepared the receivers’ appointment. On February 18th, Yeung applied to Hong Kong’s High Court to force BIH to convene the EGM and block any attempts by E&Y to sell the club. The court rejected Yeung’s claims that the matters were “urgent” and set May 6th aside to hear his application. However, six days later, Yeung’s solicitors, Bough and Co, “filed an affidavit admitting two errors” in their application. BIH denied being served with any summons relating to the application and stated dismissively that “There will be no hearing…whether on 6th May…or any time before or after that date.”

Undeterred, Yeung unilaterally set “his” EGM for March 12th, giving notice to shareholders in a five-page letter, published in three Hong Kong newspapers on February 25th and 26th, which responded to BIH’s afore-mentioned objections. Yeung “verily believed” he was not obliged to explain his motives to the board before informing shareholders. He deemed his relationship with U-Con “simply irrelevant to his rights as a shareholder” and called the re-appointment of the directors rejected at the AGM, by 85% of shareholders, “a blatant disregard of the shareholders’ interests and wishes.” The letter then detailed concerns, raised separately by Blues Trust, over directors’ conduct, and remuneration (although 99.98% (!) of shareholders voted at the AGM to “authorise…directors to fix their remuneration”). And, predictably, it pilloried the board over the missing £2.55m.

It accused them of recommending accounts to shareholders that “contained potentially misleading information and material inaccuracies”; lambasted them for not ensuring “that a system is in place to prevent such misappropriation”; and referenced “Mr Ma’s possible involvement…as…one of the signatories to over 60 cheques used in the suspected theft.” However, when the letter detailed Yeung’s proposed directors, all credibility vanished. Kumar, remember, was Yeung’s bodyguard/driver. Yeung’s de facto missus merely had awards such as the “Asia success and talent woman award 1998,” which you have to hope lost something in translation. And the third candidate was BIH’s “Chief Engineer”…like Scotty in Star Trek.

The letter also claimed E&Y’s appointment was “clearly a premeditated plan,” as if such moves were better unplanned. And Yeung was “concerned that the appointment…is the first step in the sale of the…club.” The receivers invalidated the EGM because the old board had been replaced by E&Y’s mixture of accountants and metallurgists, the requisitionists hadn’t given shareholders sufficient notice and the proposed appointments could fail what they called the “Football League Association’s” Owners and Directors Test. But it happened anyway – it wasn’t the first pointless BIH shareholders meeting in 2015 after all. And despite E&Y removing all “invalidly-appointed directors immediately” Kumar immediately convened them to “consider and approve” the termination of E&Y’s appointment, issuing a summons to E&Y which “has been fixed to be heard” on 1st April, almost as if it was all an elaborate April Fools’ joke.

Meanwhile, it is business as usual at St Andrews, with Blues maintaining a mid-table spot in the Championship and money worries seemingly absent during January’s Transfer Window. E&Y assured the League that their appointment did not signal an “insolvency event,” so there is no threat of a points deduction. But with no sign of victory in the boardroom war Blues’ future is dangerously unpredictable. Neither side prioritises them over what E&Y term “preserving the value of the company.” Selling them would reduce BIH to a “shell company,” threatening its HKSE listing and its “value.” Yet, Pavlakis aside, no director, proposed or appointed, has any noticeable football experience…or interest, hence the ”Football League Association” reference. And without that, Birmingham City will struggle to progress. Peter Pannu may be gone. The Blues’ problems, however, have not.

You can fight the power with Twohundredpercent on Facebook by clicking here.

Phil Neville: A Job For The Boys 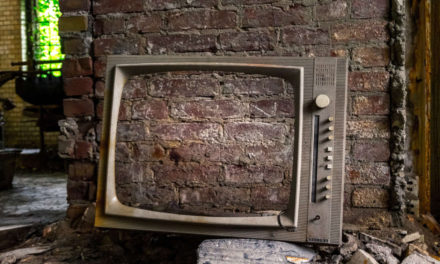 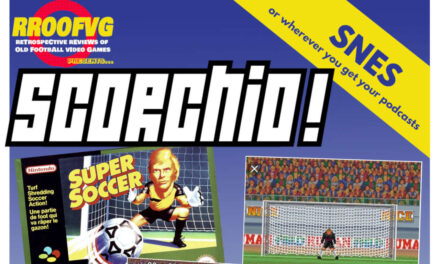 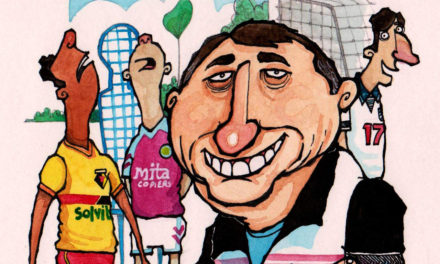