If those connected with the club are to be believed, everything is set to turn out fine for Billericay Town. Glenn Tamplin may no longer be involved with the club, but they are repurposing towards a more sensible and sustainable £10,000 per week, compared with the overblown £22,000 per week that they are paying at the moment. They’re downsizing. This was the reason why Jake Robinson, Dean Inman, Adam Cunnington, Scott Doe and Ricky Modeste all left the club over the course of just a few days, amid rumours that wages hadn’t been paid some some players and staff at the end of last month. Tamplin, it has been said, has not been heard from by the club for several weeks.

It is understood that David McCartney, the owner of a company called DMC Contracts, is prepared to buy the club, but there’s a catch. McCartney needs to drop that wage bill by more than half. No-one knows what the exact state of the player contracts is at Billericay Town, but what we do know is that some of the club’s most talented players have departed, that debt can very quickly spiral out of control, and that contract law is contract law. It’s not true to say that Billericay Town have been thrust into a deep crisis by the events of the last couple of weeks or so, but it is true to say that this story is so familiar to supporters of other clubs who inflated like balloons before popping. It may be a little soon for schadenfreude to be justifiable, but a lot of people definitely told you so.

The resilience of the team, however, almost demands to be admired, and on Saturday afternoon they travelled to Eastbourne Borough in the National League South and won by two goals to nil to go second in the table, a point behind leaders Torquay United but with a game in hand. After the match, manager Dean Brennan repeated his conviction to the cause: “We have to cut the wage bill and we have too big a squad. I need to change the mentality, because players are only coming here for the money. I want hungry players. I have always had a great relationship with Glenn and I want to spend his money, anyone’s money, wisely. It’s [the takeover] none of my business. We now need to work under a budget and we need sustainability.” Draw your own conclusions.

Let’s be clear about one thing, before we say anything else, though. £10,000 per week is still a lot of money to spend on players wages in the National League South. The club is far from impoverishing itself by dropping its wage bill to this level, and it’s unlikely that many supporters of other clubs at that level would shed many tears over any discomfort that they may undergo. The supporters of other clubs came to perceive Tamplin – and by extension the football club he bought, whether that’s fair or not – as having bought the league whilst being arrogant, self-important, and frequently rude. All of this was true in the case of Tamplin. When we talk about players or senior officials within football clubs being representatives of their clubs as well as mere employees with a job to do, well… this is what we mean.

In some respects, this culture of boom and bust has become particularly prevalent at non-league football clubs in Essex, over the years. Canvey Island, Grays Athletic and Hornchurch all grew rapidly before having their wings clipped, though all did survive, albeit with AFC Hornchurch – same colours, same ground, effectively the same club – now reformed after the original club folded in 2005. This phoenix club had to start afresh in the Essex Senior League and is now playing in the Premier Division of the Isthmian League, just one division below the division in which they were competing when they went bust in the first place. Grays Athletic lost their ground, which was sold to property developers. They continue, under fan ownership and groundsharing at nearby Aveley. Perhaps the confidence that the club will get through this in some shape or form is based on the experience of these other Essex clubs.

There will be plenty of articles about the Premier League players who came and went, the lion murals, the lurid tabloid stories, the phone calls, the interview and all  the other assorted oddities that gave the story the feel of an over-enthusiastically written soap opera, but let’s set all of those to one side, for a moment. If he has departed from Billericay Town for good, what is Glenn Tamplin’s legacy there? Well, let’s start with the unquestionably good stuff. The club’s New Lodge ground was brought into the twenty-first century when it previously looked as though it was struggling to get into the 1950s, so at least he invested in the infrastructure of the club as well as the players. The club won the Premier Division of the Isthmian League last season, and crowds are considerably up on the three or four hundred turned out to watch not so long ago. We, the outsiders, might not like all of these things, but for the supporters and the club… they were good.

The club’s accounts show a slightly less rosy picture, though. The limited company’s balance sheet as of May 2016 shows net current liabilities (its liabilities less its assets, roughly speaking – it’s a key component in establishing a company’s short-term liquidity) of £140,518. On the balance sheet as of May 2017, that amount had trebled, to almost £423,000, and it’s unlikely that this figure will have dropped much since then. The figure for May 2017 might, just about, be manageable for a club the size of Billericay Town to carry, but it would only take the lightest of financial tremors to blow it off course. Without knowing who these creditors are, though, it’s difficult to comment upon the importance or otherwise of these liabilities, but it seems likely that there will be a debt burden for any new owner to carry as well as an ongoing wage budget to maintain.

When a club the size of Billericay Town starts throwing money about in the way that Glenn Tamplin did, the question immediately becomes one of for how long this can possibly be maintained. With significant no television money to speak of, gate receipt revenues likely to amount to no more than a few thousand pounds per match, and commercial revenues at the lower end of the scale, the club concerned becomes, ultimately, a hostage to the fortunes and the whims of the owner. Tamplin was at the extreme end of the spectrum, throwing good money after bad while apparently believing that any publicity was good publicity for both himself and the club. The bubble may be allowed to slowly deflate a little rather than completely burst, but to do so will take considerable skill on the part of those that will be running the club. Billericay supporters have no option but to accept any potential downturn now, but that’s what happens when you find yourself on a rollercoaster, whether you want to be on it or not. What’s notable about the Tamplin years is that there were only two of them. In the space of just a couple of years, he transformed the club. It’s just that we can’t exactly say what he turned it into, just yet. Time will tell. 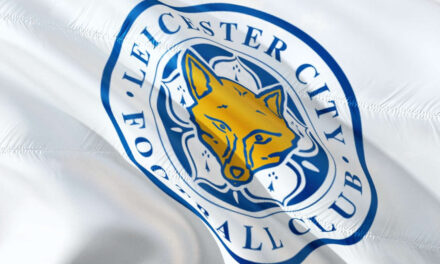 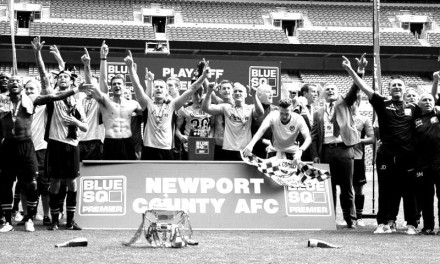