The Polegrove, home of Bexhill United Football Club, is an unusual place. For the much of the balance of the year it forms the southwesterly end of Egerton Park, a large public space just to the west of the De La Warr Pavilion. Consequently, the ground is peculiarly accessible throughout the seasons: passers-by can, should they wish to, sit in the dugouts or prat about in the grandstand, scratching obscene words into the glass panes and enjoying their first sexual experiences by the irridescent glow of the alarming piles of pigeon guano. All things considered, it must be said that the pitch is in pretty good nick; the heaps of dog turds that no doubt need to be shifted from the surface prior to every match having kept the turf beneath fairly fresh.

The northern end of the stadium is demarcated with a higgledy mixture of iron railings, wooden fencing and nylon netting; roughly in the proportions that they are likely to be found in President Trump’s Mexican border wall now that the financial reality of such a project has started to rear its ugly head. All of this means that, however smug you may feel at having paid just four pounds to watch a live game of Association Football, you are immediately four pounds worse off than anyone who walked in at the park’s unattended top gate to walk their dog only to “accidentally” discover that The Pirates are at home.

Today’s fixture is not particularly one from the great annals of the English game: Bexhill United have only existed in their current form since 2002 and the visitors, Langney Wanderers (Langney being a largely residential suburb of Eastbourne, ten miles to the west) have only been around since 2010. One might be forgiven, then, for not knowing much about either outfit. It is my first time watching a game at The Polegrove, in the town that my father has made his home in the last few years, and I was checking the programme to find out which team was which when I looked up to witness the first goal being scored. It was one of those days.

Actually, the match programme had proclaimed that Bexhill would be in their home colours of white and black, whereas in fact they were playing in their alternate strip of sky blue and white. Perhaps this identity crisis contributed to Langney taking the early advantage, as the Bexhill centre back casually passed the ball back to no-one at all. This unusual move allowed the yellow and blue Wanderers to ghost in and get a shot off, tamely and inadvisably palmed out by Dan Rose, the unprepared home custodian, straight into the path of Langney’s number 9, Nathan Crabb. Giving Crabb such a gift, it would transpire, would prove foolhardy in the extreme.

The story of the first half was that Bexhill tried gamely to get their foot on the ball and craft an opportunity; when this inevitably failed, Langney broke forward with speed and directness of purpose. Once they realised that United could be kept at bay simply by doing the kind of basic defensive work that their Bexhill counterparts seemed curiously unwilling to engage in, so the number of players Langney were prepared to commit to each raid grew until they were operating with an old-fashioned front five. A second goal followed on the mid-way through the first half. Nathan Crabb turned creator this time, beating his marker for pace and delivering a low cross into the six yard box that Bexhill’s Connor Robertson could only turn into his own goal. Bexhill looked like a team being kept comfortably at arm’s length and, although they pulled one back just before the break, it was ruled offside.

Having stood behind the Bexhill goal for the first half, we sought shelter from the cold in the monolithic stand, three parts wood, one part litter, one part guano and swearing. This proved unwise from a core temperature point of view, but in terms of viewing position it proved to be a propitous move. The second half was enough to warm the coldest cockles, if not my frozen nipples.

The home team started positively, only pausing their ongoing assault on the Langney goal in order to concede a third: Nathan Crabb holding the ball up on the penalty spot before laying it neatly in front of the onrushing Shane Saunders. The volley of foul and abusive language that this provoked from the Bexhill dugout clearly did not fall on deaf ears: for the first 15 minutes, the game looked at serious risk of breaking out into a fierce contest. Bexhill pulled one back within five minutes of going 3-0 down, Jacob Shelton artfully placing a shot from the edge of the area into the bottom corner. A couple of minutes later, United now laying siege to the Langney goal, the home side had a penalty call turned down. The referee looked to me to have made the right decision but the kind of fury that it induced in the Bexhill faithful was, with the benefit of hindsight, particularly unhelpful. With the home players still remonstrating with the referee, Langney cleared the ball to Nathan Crabb, who made it 4-1 with a low shot. This did little to improve Bexhill’s collective mood.

To the home side’s credit, they did not let up. A well-worked routine from a long throw saw them head a second goal, only for the linesman’s flag to instead render it their second disallowed goal. True to form, Langney took the resultant free kick and worked the ball to Nathan Crabb, who rounded the goalkeeper for his hat-trick. 5-1. If you think you may have spotted an ongoing theme to the ebb and flow of this contest, you are not the only one: time and again Bexhill would create an opening or a shot on goal, only for their opponents to hit them on the break. Their chief persecutor was Nathan Crabb who, if he plays like this every week, is clearly far too good for this level. He popped up on the right, left and centre of attack, showed pace, composure, control and enormous clarity of vision.

The game was held up briefly after Langney’s Paul Weatherby hit a shot into the side netting and unfastened it from the post. This led to the unlikely sight of the home manager crossing the field of play to assist with its reattachment, naturally taking the opportunity to berate the referee over the penalty decision and a soft booking for Georges Gouet. It was a good job that he did fix that goalnet, however: Langney still had three goals in them and each one went into that exact corner.

The first was scored by Weatherby, a scissor kick volley from Crabb’s right-sided cross. This, it turned out, was predicted with eerie accuracy by the cover of the match programme which had depicted Father Christmas completing an identical move. Langney’s 7th was headed in by Paul Rogers, the team’s captain who’d had an exceptional game, after a cross from the left touchline by Nathan Crabb, whose life was turning into a dream. Three goals and four assists, all of which came before lunchtime: a sensational morning’s work. Rogers looped in an unlikely 8th late on, too.

It was rather cruel on Bexhill. They had definitely deserved to lose the match, but the final scoreline did not particularly represent how likely they had looked to make the game into a close contest earlier on in the second period. Perhaps if they had been gifted that penalty, things would have been different. The kind of day they were having was summed up perfectly minutes from time: substitute Nathan Lopez was played through into space only to see his low shot hit the inside of the post, roll across the goal line, hit the other post and rebound to a grateful Langney defender. There is no goal line technology at The Polegrove.

Bexhill United currently sit mid-table in the Southern Combination League Division 1 but have lost their last five games – including their two holiday derby games with Little Common and with Langney – and their future looks bleak for as long as their defence continues to either evaporate at the sight of trouble or actively assist in its own downfall. The Pirates haven’t won a game since Georges Gouet scored the only goal of the game against Ringmer at the end of November.

Langney, meanwhile, sit more or less alongside them but their fortunes seem more in the ascendant: their holiday fixtures saw Nathan Crabb score both goals in a 2-2 away draw with Seaford Town and today’s result was the second time in the last month that they’ve won 8-1 on the road (Crabb bagged a hat-trick then, against St. Francis Rangers, too). They look to be a decent unit and if they are able to avoid more results like their 9-1 reverse at Steyning Town in November, could be looking to move onward and upward. Particularly if they can tie Nathan Crabb to a lucrative eight-year contract. 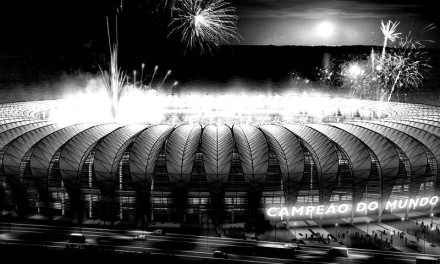