It’s funny, how these things come in cycles. In 1999, Barrow AFC were liquidated and demoted from the Football Conference to the Northern Premier League. In 2009, Chester City were relegated from the Football League and placed into administration, a series of events which ended in the club being wound up and a new club, Chester FC, being formed. It’s now October 2018 and the Vaughan family, who oversaw both of the above shambles, are now in charge of Bangor City. Longtime readers will probably be able to guess where this is headed next.

No-one can say that the warning signs weren’t loud and clear. The Daily Post, when first discussing their proposed ownership of the club, described Stephen Vaughan Sr as “disgraced” and reminded readers that “Under laws governing company directorships, it is illegal not only for someone disqualified to act as a company director, but also to “be concerned or take part, whether directly or indirectly, in the promotion, formation or management of a company.” Vaughan was, of course, disqualified from acting as a company director for eleven years in 2009 following his involvement in an alleged VAT fraud at Widnes Vikings rugby league club. Elsewhere, The Daily Post also flagged up a familiar entourage of names arriving at Bangor City following the Vaughans’ arrival there as “shirt sponsors.”

The club’s new chairman at the time, Ivor Jenkins, stated that “Under no circumstances will Stephen Vaughan be involved with the running of the club”, to hoots of derisive laughter from both Chester and Barrow-in-Furness. Jenkins lasted until August 2017 before resigning over a long-standing disagreement over the financial relationship between Bangor City FC and Nantporth CIC, and by the end of December last year a controlling percentage of the shares in the club were held by… Vaughan Sports Management Ltd, a company with two directors, Emily and Tess Vaughan. At this point, we are duty-bound to remind readers that disqualification applies to acting as a shadow director as well as a listed or de facto director.

It should probably come as very little surprise to find out that 2018 has been a calamitous year for Bangor City. In January, the club confirmed that it would be stopping usage of the stadium and its adjacent 3G pitch “until further notice”, blaming “unforeseen circumstances”, although it also stated that this would not be having any effect on the club’s ability to play first team fixtures there. Sometimes stories such as this, oblique in detail and expecting the reader to join the dots themselves through necessity, appear in the press before gently blowing away again. On other occasions, however, they turn out to be precursors to something altogether more serious. This turned out to be the latter.

The news of the club’s demotion from the Welsh Premier League at the end of last season was probably only a surprise to those with no knowledge of the Vaughans’ previous business “acumen.” Welsh domestic football doesn’t have an owners and directors test in the same way that football in England does, but it does operate under a licensing system which considers sporting performance, infrastructure, personnel, legal and financial concerns before awarding licenses to play at certain levels, and at the end of last season three clubs – Bangor City, Connah’s Quay Nomads and Llanelli Town – failed the initial licence tests, with Bangor’s being for a UEFA and Tier One Licence.

Connah’s Quay Nomads and Llanelli Town both had their applications approved on appeal, but Bangor City, which had been the only permanent member of the Welsh Premier League since its formation as the League of Wales in 1992, was demoted into the Cymru Alliance League, the second tier of Welsh football, despite having finished their league season in second place in the table. A club statement issued at the time neither clarified the precise reason for the licence refusal and demotion nor sought to absolve itself of blame for this refusal:

We (have) received the news that our Welsh Premier League licence and Europa league qualification appeal has been revoked for failure to meet the financial criteria requirements.

The football club has built a championship contending squad with excellent sponsorship, investors and shareholders who have backed the club for the past two seasons.

On the field we’ve finished third and off the field we find ourselves up date with HMRC VAT and PAYE, all wages for the squad and the staff (are) paid up to date.

We will take stock of the situation over the next few days and make further announcements in due course. In the meantime we ask all the supporters to stand with us as we aim to get the club back in the WPL as soon as we can.

We will work with the relevant parties at the FAW to ensure we are never in this position in the future.

The problems have continued to mount since then, of course. In July, a local wine merchant confirmed that he was planning legal action over an unpaid bill of £1,850, whilst the club’s own Supporters Association, a shareholder in the club, confirmed that they had refused to show them the reasoning behind why the FAW had refused the club’s license and demoted it. In August, the club had to see off a winding up petition brought against it by HMRC – who, we can be fairly sure, will be paying particular interest in its affairs – over an unpaid tax bill of £10,300. It was the second time in three months that such a petition had been sought against it, with the club having described the first petition as “a mountain out of a molehill.” But at the start of September it was revealed that the club had received a striking-off notice, giving notice that the company would be struck off at Companies House and dissolved unless they responded, demonstrating that the business was continuing to trade as normal by submitting a confirmation statement, an annual snapshot of information about directors and shareholders. The club blamed “admin delays” for having failed to complete this, and the action was discontinued in September.

At least, supporters might have hoped, a team that finished last season in second place in the Welsh Premier League might have been expected to perform well in a lower division, but things haven’t quite worked out that way, and at the time of writing they sit in fourth place in the table, already fourteen points behind leaders Airbus Broughton, who’ve won each of their first eleven matches of the season so far, despite Vaughan junior’s summer boasts of the club’s “massive” budget for the new season. Such concerns, however, pale into insignificance in comparison with other goings on at the club over the last few weeks or so.

Three weeks ago, the club’s statement for the year to the end of 2017 went up on the Companies House website (PDF document here), and they didn’t make particularly pleasant reading, with the auditors, Salisbury & Co, confirming that they were “unable to determine whether adequate accounting records had been kept” at the club and that  they had not “obtained all the information and explanations” that are considered necessary for a financial audit. They also confirmed that, “We were also unable to satisfy that adequate documentation has been received in relation to cash shares totalling £258,000,” in relation to the transfer of 25,800 shares to the company Vaughan Sports Management Ltd, the transfer of shares referred to above, which gave the Vaughans’ company significant control of the club.

Earlier this week came the next bombshell, with the auditors resigning with a withering attack on the way in which the club is running itself. Salisbury & Co outlined eleven reasons behind their decision to resign their position as the club’s auditors:

The Stephen Vaughan Sr, of course, remains banned from involvement with any football club in England. Since his disqualification from acting as a company director in this country, though, he and his family have been busy. In 2012 they pitched up at the Maltese club Floriana, where they stayed for two years, and it doesn’t seem unreasonable to believe that one of the primary motivations behind them getting involved both there and at Bangor City may have been that there was no Owners and Directors test that they could fail, which was especially relevant when we consider that both of the Stephen Vaughans would now fail this test after junior was imprisoned for fifteen months in 2016 for pertverting the course of justice over assisting in the escape of the boyfriend of his sister Tess following the death of a policeman in Liverpool. Vaughan junior now fails this test on the grounds of having an unspent conviction against his name.

It all seems so wearyingly familiar, this. After the Vaughan family left football in England, we decided not to regularly update on their whereabouts for a while. Perhaps they would be able to get their act together, learn from previous mistakes, and prove those of us who believe that this entire coterie of unsavoury individuals should be allowed nowhere near a position of influence or control over anything whatsoever wrong. Bangor City was an opportunity for them to get things right. This is a club with a distinguished past – including European football – which had arguably under-performed in the Welsh Premier League, with three league titles in a quarter of a century and only one to its name since 1995. It was, without doubt, an opportunity.

Just over two years on, however, the stories emanating from north Wales are just too familiar for us to now believe that anyone concerned has learned anything from the events of the past whatsoever. The feeling of shadiness hangs over their heads to at least as great an extent as it ever has. Bills go unpaid, dealings which can only be rationally explained as dubious continue to take place and, when the whole pretence of competence starts to fall apart, it’s everybody else’s fault but theirs. Interviewed recently, Vaughan jr stated that he would listen to offers to buy the club and that, in response to criticism of its management, “The message would be that we are just trying to do the best for the club.” The sooner that the entire Vaughan clan do this, in the hope that they also stay away from football completely and for good this time, the better. These leopards, it would seem, are hopelessly incapable of changing their spots. 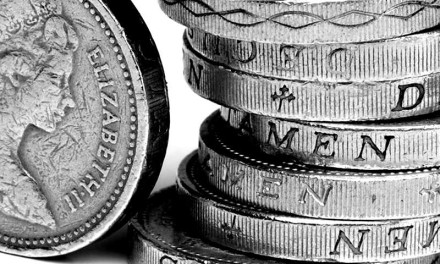 Bundesliga round up – Week 24: Stuttgart Sack Schneider for Stevens 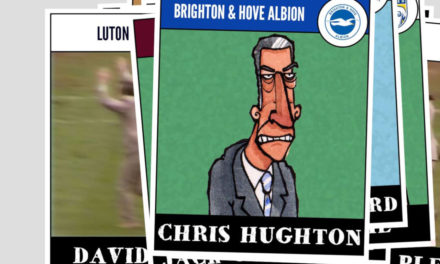 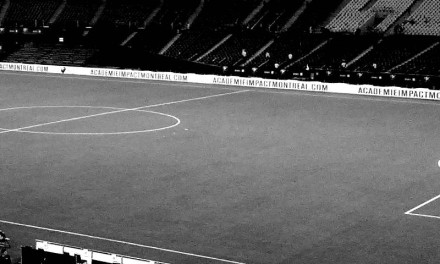