What Arsene Wenger Did Next Will Amaze You

He may well have addressed the post-match press conference following his team’s humiliating defeat to Nottingham Forest yesterday afternoon by acknowledging that the result “hurts very much”, but for Arsenal supporters looking on as their team crashed out of the FA Cup at the very first hurdle, the question that requires answering once that familiar red mist has lifted yet again is this: was Arsene Wenger’s team selection for this match a matter of arrogance and hubris, or one of oversight and incompetence? It is entirely possible that Wenger saw this match through a very particular prism. A scratch team of his had put four goals without reply past Forest in the League Cup last year. Forest, who only avoided relegation to League One on the last day of last season by two goals on goal difference, themselves currently have no manager and ended last year by getting beaten at home in successive matches by Sheffield Wednesday and Sunderland. It may well have looked slightly tricky on paper, but this was a winnable match, wasn’t it?

Well, we all know the answer to that question now. Nottingham Forest are nothing if not unpredictable, and yesterday afternoon at The City Ground they put in a performance accomplished enough for Wenger to have few complaints over the final result, even if Forest’s final four-goal haul was plumpened by two penalty kicks, one of which looked as though it was accidentally struck twice by its taker Kieran Dowell. Sometimes, even a manager as skilled in the dark arts of gaming post-match press conferences in the interests of self-preservation as Wenger has to take a holistic view of the match and acknowledge that his team was out-thought, out-muscled and out-played. “The best team won” has long been lingua non grata in the weird world of the post-match press conference, but there are occasions upon which such a response is the only one that makes any form of logistical sense. The best team won at The City Ground yesterday afternoon, with all that this implies for both Wenger and Arsenal at the start of the new year.

Seasoned watchers will, of course, be aware that there are quite distinctly two Nottingham Forests. Version one was twice champions of the whole of Europe, top flight mainstays and, for a decade and a half, home of the one of the most brilliant and idiosyncratic football managers that the English game has ever seen, quite possibly the greatest English manager never to manage the national team. The other has gone almost two decades without Premier League football, has periodic episodes of existential or financial crisis to the extent that it’s had twenty different managers since Brian Clough hung up his green jumper in 1993, and has had a spell in the third tier since it last played in the top flight. The Doctor Jekyll and Mister Hyde of the Football League Championship, this is a club that in the past has proved itself capable of winning the European Cup or – as it did in its last home match of the 2005/06 season, its first in League One – losing at home against Hartlepool United.

Yesterday afternoon, it was the former of these two apparitions that turned up, although with a hint of the latter about it in the form of caretaker-manager Gary Brazil, who’s taking temporary charge of the Forest team for the third time following the departure of Mark Warburton at the very end of last year. His team seemed sharper, better prepared, better motivated and better organised than the semblance of a team that the visitors put out. The “experience” in the Arsenal team reaped its rewards of sorts – Per Mertesacker and Danny Welbeck scored their two goals – but was spread too thinly. Indeed, it was telling that Arsenal couldn’t take full advantage of the opportunities to haul themselves back into the game that they were handed. When a horrific mistake from the otherwise outstanding Forest goalkeeper Jordan Smith handed Welbeck a a tap-in to reduce the score to three-two with eleven minutes left to play, we might reasonably have expected Arsenal to throw everything up to and including the kitchen sink at a face-saving equaliser. Instead, and having seen their opponents reduced to ten men in the intervening period, six minutes later they found the deficit restored back to two goals from the penalty spot. As the venerable Arseblog noted in their review of the shambles this morning:

If there was anything that summed up Arsenal yesterday, it was the fact we allowed Armand Traore to slalom through our defence like he was some kind of reborn Thierry Henry, only for Mathieu Debuchy to bring him down in the box with a clumsy challenge from behind which was always going to lead to a penalty.

Considering that he was starting the afternoon in the stands because of a three-match ban brought about as a result of previous comments regarding refereeing, it’s not exactly surprising that all eyes were on Wenger after the final whistle blew at The City Ground yesterday afternoon. On the this occasion, however, and presumably at least in part because he saw from his seat in the Gods that there was little else to be said, the manger was relatively magnanimous about the result. Despite having conceded two penalty kicks, he opted to steer clear of digging himself even further into the hole into which his recent comments have positioned him. He was complimentary about Nottingham Forest’s performance, certainly:

They looked sharper. They had more chances and an outstanding performance. They were sharp, winning decisive challenges, and dangerous going forward, and overall they deserved to win, as simple as that. Overall I would like to congratulate Nottingham Forest.

It might even be argued that his subsequent criticism of his players – “I just think we were not good enough anywhere – not up front, in the middle or at the back – and we paid for it. We repeated the same mistakes – once, twice, three times” – was, on this occasion, reasonable rather than merely an attempt to deflect blame for the debacle away from himself. There come a point at which players have to be accountable for their performances on the pitch. Wenger didn’t single out any particular individuals for criticism, and it feels fair that he should be angry at the apparent Groundhog Day that is his team’s propensity towards making basic individual mistakes that no professional player should be making. However, this doesn’t mean that the overall responsibility for the team’s performance yesterday doesn’t ultimately rest quite squarely with him. On Wednesday night, Arsenal start their League Cup semi-final against Chelsea with what was arguably their best chance of sweeping up any silverware this season – would anyone much fancy them to beat Chelsea over two legs in the semi-final and then, most likely, Manchester City in the final or thundering past all-comers to win the Europa League? – this season already behind them.

In some respects, Arsene Wenger at Arsenal and Brian Clough at Nottingham Forest had some things in common. Both arrived at their clubs when they were close to sloughs of despond and took them from this to – arguably in the case of Arsenal, less so in the case of Nottingham Forest – the most successful period in their respective clubs’ histories in a very short period of time. They’ve both arguably stayed at their clubs for too long, although such was the impact that Clough had at The City Ground that his later battles couldn’t diminish the effect of his first five years with Forest. There is, however, one significant difference between the two. Clough as a manger was never shy of flashing the club’s cheque book. The winning goal in his first European Cup final against Malmo in 1979 was, after all, scored by Britain’s first million pound footballer, Trevor Francis. Arsene Wenger couldn’t be more different in this respect. Despite the accumulated riches of two full decades of Champions League football and other revenues generated by the highest season ticket prices in the country, Wenger now perpetually seems reluctant to spend the money that a degrading first team squad seems to need to have thrown at it.

We can say what we like about Wenger’s first choice eleven, but the evidence of yesterday afternoon seemed to reaffirm what many of his critics have been saying for a very long time, that Arsenal haven’t properly adjusted to football being more of a squad game than it ever used to be, and that the back-ups at his disposal simply aren’t up to the quality of those that a club of the scale of Arsenal should be expecting. The Arsenal first team squad, it continues to feel, is still awaiting a complete overhaul that, with every passing season, feels increasingly less likely to happen and the lack of willingness to do so on the part of both the club and the manager feels ever more baffling. Nottingham Forest, meanwhile, may consider that they can only beat the team sent out to play against them and allow themselves a pat on the back at a job well done. They’re eleven points of the Championship play-offs and eight points off the relegation places, but such is their volatility that, rather than looking as though they’re now likely to finish their season in a state of mid-table anonymity, it’s as likely that they’ll plough, full steam ahead, in one direction or the other. It’s probably not good for the heart, but in some respects it might be more enjoyable the torpor to which Arsenal continue to subject their supporters. 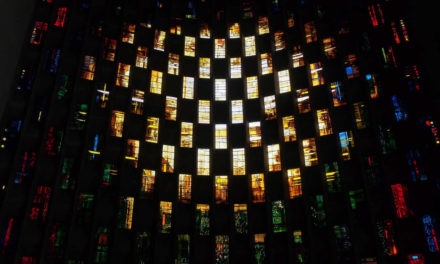 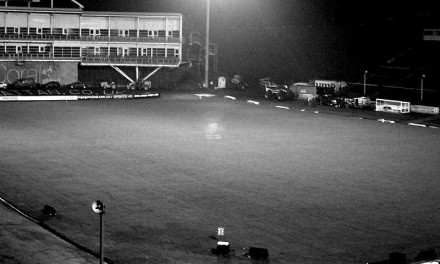 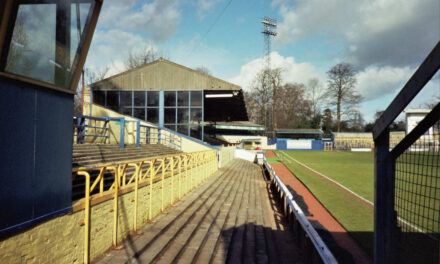 As Bad As Things Got: Oxford United & The Maxwells, 5th November 1991