It’s now been more than four years since Andre Gray, then just another non-league footballer plying his trade with the now-deceased Hinckley United, made the first of a set of comments which have been dredged up from the bottom of the vast ocean that makes up Twitter’s archives. And they were horrible. In their nature, they went far beyond the sort of casually homophobic bullshit that can sometimes seem pre-programmed into young men. They constituted hate speech, and that should not be allowed to be forgotten. But Twitterstorms were not a fundamental part of our universe at that time in the way that they are today, and Gray’s social media reach, as just another non-league footballer playing his trade with the now-deceased Hinckley United, was limited enough for them to broadly pass without comment.

Life, however, has a way of throwing curveballs at all of us and so it is that, four and a half years on, Gray is a Premier League footballer, marking his second ever appearance in this global fishbowl of a division with a goal against Liverpool. And one of the most notable features about the internet age is that anything you’ve ever said in public can come back and bite you quite firmly on the backside. Whilst there would be something grimly fascinating about finding out who exactly it was who took the time to read through Gray’s old tweets – a follower from the old days whose recollections were jolted by Gray’s goal? a Liverpool supporter outraged at him having the temerity to score against their team? The supporter of a rival team who had been sitting on them until a moment of maximum exposure had been reached? The possibilities are endless – such questions are ultimately pointless. They were there. He made them. And with 2016 being 2016, this was enough to kick off an FA charge and a million words of comdemnation.

There’s something unusual about this case, though. There’s no debate about how vile the things that Gray said were, and the homophobic sentiments contained therein were repeated over a period of time, so a momentary rush of blood to the head couldn’t really be ascribed to them, not that even this would have been a terribly convincing defence had they been a one-off. There was, and could not be, any attempt to defence on his part, no eyebrow-raising justifications regarding his account having been hacked, no apologetic speeches after having blamed something nebulous like the booze or frustration with life. In many respects, this is an open and shut case. He said it. He said it all. And now it’s all catching up with him, and at the worst possible moment in his entire career, not that many people will have too much sympathy with him over that.

With an entirely inevitable storm brewing, a familiar chain of events started to unfold. Gray released a public statement that sought to accept responsibility for his own actions whilst trying to remind the watching world that he had “grown” as a human being – we’ll come back to that – and the Football Association brought a charge against him, even though what he said pre-dated the London Olympic Games, let alone the games that have just ended in Rio de Janeiro. It’s a routine so structured that it can feel like an elaborate piece of theatre, all put on to reassure the watching world that the something that needed to be done has been done and that the hate speaker was suitably contrite. Relax, everybody, was the implication of it all. We’re in control of it all.

Except, of course, they weren’t. In civil law, there is a provision called statute of limitations, which limits the amount of time that a plaintiff has to seek redress from a second party, but this doesn’t apply to the brainmelts that we come out with on social media. Google has its “right to be forgotten”, as directed by European law, but that doesn’t really apply on Twitter, where once you’ve said something it hangs in the ether indefinitely, unless you scroll all the way back and delete your comments, and even then The Wayback Machine may well trap what you said and store it forever, beyond your ability to wipe it from the record. The statute of limitations argument – which essentially boils down to implying that, “Well, this was all a long time ago, so we should probably just forgive and forget” – is fundamentally flawed. Even if we were to apply some form of statute of limitations to Gray’s repulsive comments, the commonly assented period legal period for this is normally six years, and Grey was being a homophobic asshole as recently as 2013. And in addition to this, such provisions only apply in civil legal cases, and Gray’s outbursts, were they to picked up on in a legal sense, would most definitely be considered a criminal matter.

So, the argument that we should forgive and forget is flawed. That doesn’t however, mean that the FA’s thinking isn’t flawed as well. We already know how this pas de deux will play out. Gray will receive a fine that would be considered huge were it not for the fact that all Premier League footballers are now richer than Croesus, will probably receive a suspension – the length of which we can only guess at – and will most likely be sent on some form of course, to teach him the error of his ways. And with this completed, the small matter of homophobia in football will once again be declared to have been defeated forever, and the world will continue to turn very much as it did before. We’ve seen this play so many times that we can almost recite the script word for word.

Except this isn’t really good enough, is it? This keeps on happening, time and time again, and if one thing is clear about all of this, it’s that the FA’s almost entirely reactive attitude towards social media isn’t working. So, perhaps rather than merely following a narrative arc that we all know is the equivalent of applying a sticking plaster to a broken leg, all concerned should be considering taking a slightly different tack, this time around. The tempting thing to do might be to throw the book at Gray. After all, this seems to be an open and shut case, and the US Soccer Federation has just banned goalkeeper Hope Solo for six months and terminated her contract over the somewhat ungracious remarks that she made following the USA team’s semi-final defeat against Sweden at the Olympic games.

But whilst this might satisfy a desire for punishment in this case, it might be considered little more than grandstanding whilst addressing a symptom rather than the cause and would set a precedent that could get messy in the future. Would this punishment be meted out to anybody who has ever said anything homophobic on Twitter? Would it also apply to racism and misogyny? Who would decide what the definitions of racism, sexism or homophobia are? Would there be a statute of limitations? And if Andre Gray and Andre Gray alone was singled out for this treatment, might he have a case for arguing that the treatment that he has received is disproportionate and discriminatory, when there are likely plenty of other players who have done the same over the years? And what of Burnley? None of this happened on their watch, so why should that club be punished for something that happened several years before Andre Gray had anything to do with their club?

All of these questions are open for debate, and the same questions may be asked to those who would sooner forgive and forget. How long ago is long enough? Two years? A month? And whilst Gray might have “only” been twenty-one at the time of the initial tweets, well, that still makes him an adult, doesn’t it? We might also wish to know the extent to which he has “changed” – it’s very easy for anybody to say that they’ve “changed”, but saying this without corresponding evidence doesn’t really mean anything, and the burden of proof in this respect rests squarely with the player himself. The fact of the matter is that Gray has left himself open to what the consequences of his behaviour, whatever they turn out to be.

It may be too much to expect that the FA will act any differently to the standard script for such behaviour this time around and it’s true to say that the time that has elapsed since Gray sent his revolting tweets makes this a unique case. The same could, however, be said for any incident like this. No two are ever identical. But from a broader perspective, now would seem like the ideal moment for the FA to review its social policy with a view toward a different perspective aimed towards nullifying the likelihood of this sort of thing happening again. After all, if comments such as Gray’s are ultimately steeped in ignorance, well, it’s football clubs who pull players from a full and rounded education system at an early age in pursuit of their adolescent dreams and, for all their talk of equality and inclusion, the extent to which dressing room culture at clubs is infantilising is a reasonably open secret.

These are all difficult questions, and like all difficult questions the answers are unlikely to come quickly or easily. Perhaps making the education of players in a world beyond professional football might help. Perhaps sending clear signals that this behaviour will not be tolerated and that there are no mitigating circumstances for it might prove to be beneficial. Perhaps, however, this is a broader cultural issue which has landed at a time when conversations on the subject have become more fraught than they have ever been before, with no easy answers that won’t take many years and the active and enthusiastic participation of all with something at stake to get anywhere near resolving.

There’s a chance that Andre Gray has learned his lesson. It is to be hoped that he has, and that his penance is real. But the broader question is that of whether professional football in England has the will to do everything that it can to prevent his sort of thing from reoccurring in the short, medium and long-term. There is an opportunity here for professional football in England to be a trailblazer in this respect, to set a bar that other organisations will aspire to reach in the future. This will, however, require time, effort, and conviction on the part of all involved. And it is at this point that whether anything substantial will come from this unpleasant episode starts to become doubtful. It’s up for grabs, but who has the will to definitively say “no more”?

If you believe in independent football writing and you feel that what we do as valuable, please subscribe with us on Patreon. Further details are available here. 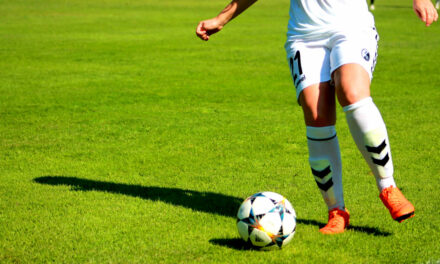 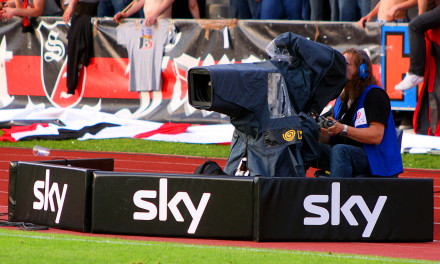