The news, such as it is, from Northwich Victoria continues to baffle and perplex. The last time we heard from this particular club, it was starting to sound as if the proverbial fat lady was starting to clear her voice. With crowds already having dropped following their eviction from the Victoria Stadium in January, it was announced on Friday afternoon that, from the start of next season, the Vics will be sharing the Martson Road home of Stafford Rangers, more than forty miles from Northwich’s base in Cheshire. The question of how many people will be expected to follow them on such a tortuous round journey for home league matches has yet to answered by the club.

Earlier this week, however, there was news, of sorts. It didn’t come from an official source, and it has yet to be confirmed by the club itself, but it has been announced that the clubs official supporters club is to be relaunched and that a fund is to be opened to facilitate the contruction of a new stadium in the clubs immediate vicinity. Details are simultaneously sketchy and detailed. The idea seems to be the brain-wave of one Steve McNally, but McNally’s involvement at the club has also caused considerable confusion amongst the clubs support, McNally doesn’t claim to be a supporter of the club and as much as we know about him is that he is a single father and that he is – or may be –  from the Bootle area of Liverpool. Above and beyond that, however, all leads run dry and questions asked directly on the Supporters Trust’s forum regarding his background have so far gone large unanswered.

Although he has no apparent previous connection to the club, McNally seems to have big plans for Northwich Victoria which culminated in a lengthy and bizarre post on the forum outlining his plans for the club’s future. So, let us assume for a moment that McNally is genuine, and that this plan is going ahead – and it’s easy not to, when we consider that the club itself as yet hasn’t confirmed that it has its backing yet, and should therefore be treated with the utmost caution until it does. How realistic are plans for another shiny new stadium for Northwich Victoria, which will propel it up through the divisions and into League Two? The only way that we can even attempt to answer this question is by taking some of the proposal details and then taking a look at the experiences of others that have found themselves in something approaching the same position in recent years. With this in mind, here are six questions that McNally must answer before so much as an iota of credibility can be given to any such bright ideas.

1. Who are you? A simple question, perhaps, but it’s an obvious one that Northwich Victoria supporters be asking at the moment. After all, the idea of Supporters Trusts being there for the supporters of clubs in a state of flux is over a decade old now, and it has built up an infrastructure of shared advice and knowledge which has earned the respect of the upper echelons of government. If they are to turn their back on all of this, then the very first question that should be answered is that of who is asking them to do so, what their qualifications are to do so and why they should be trusted above a democratically-run organisation. We note that this question has already been asked more than once on the NVST forum without having been satisfactorily answered.

2. Was the post referred to on the NVST forum an official launch or not? It seems to say the least that forty-eight hours after the original post appeared on a supporters forum, Northwich Victoria FC has not released anything official to confirm that they support this initiative. Regardless of whether it was or wasn’t supporter confidence is hardly likely to be strengthened by the number of spelling and grammatical errors in this post, such as “buildins”, “forun”, “elieviate”, “intergrated”, “beggining” and “distribute it to the club through the constant passage of information between him and the owner of the club”, for example.

3. Why has the “building fund” set a target of £4m? We note that the original post mentions that this figure was decided upon after “discusions [sic] with the land and building parters [sic] of the new stadium”, and that “the Developer is on board and a world known stadium building company is on board.” A 7,000 capacity stadium with 2,000 seats has been clearly identified as the intention, so how much does it cost to build a football ground of that size? Well, the nearest example that we can find to a project of this size that was completed recently is Morecambe FC’s Globe Arena. It was completed in July 2010, with a capacity of 6,476 and with 2,173 seats. It cost £12m to build. Even if we work to the assumption that Thor, the company that own the ground, will give up floodlights and movable stands for a new ground, it seems implausible that a ground with a larger capacity could be build for one-third of the cost. If it is acknowledged that the cost of building it will be higher than this, who will be paying the difference?

4. Is planning permission already in place for yet another new stadium in Northwich? We ask this question because we note that, “We expect the stadium to be built in time for the 2013-14 season or half way through that season at the latest.” In short, the construction of a football stadium is not the same as building an extension on a house. A new stadium can, depending on the design, location, facilities and so on, have either negative or positive effect upon its immediate environs, and as such has to go through a lengthy – some might say tortuous – planning process. For example, the Falmer stadium just outside Brighton was first identified in 1999. It took until 2002 for planning permission to be granted and then, following objections, until 2007 for this to be ratified, and construction work began in December 2008. At Shrewsbury Town, initial planning permission was granted in 2002 but it took until 2006 for work to start on it. Without planning permission already being in place – and if there was, this would contradict the assertion that “a viable one” has yet to be confirmed – Northwich Victoria FC isn’t going to be in its new home in two years’ time.

5. Is it wise to alienate members of the Supporters Trust at any time, never mind now? We may surmise that those who join Supporters Trusts are often amongst the most dedicated of supporters. After all, these are the people that take the time and spend the money to join such organisations. When Northwich Victoria move more than forty miles away to Stafford for next season, they are likely to find that they will need supporters who are prepared to put in time and effort for the club. It would, even if free travel were to be laid on for anybody that wants to avail themselves of it, be unsurprising to see Northwich’s home crowds drop to below one hundred people next season. Much has been made of the idea of bringing on board people connected to the clubs youth team system. Will there be enough support – both temporary and ongoing – to mean that alienating those that have been watching the club through thick and thin is irrelevant?

6. What do those that haven’t been paid from Northwich’s current CVA think of this sort of talk? The administrator for the club’s last insolvency event, Gary Pettit of Marshman Price, has revealed to the Northwich Guardian that creditors that agreed the clubs last CVA have not received any money from the club itself. We might well pause to consider what they might think of the fact that, despite the fact that they agreed to write off almost two-thirds of their debts to the club and have not received a penny, talk has started of spending millions of pounds on a new stadium.

It is possible that this particular idea is little more than the idle chitter-chatter of a fantasist, or alternatively a crude attempt to do little more than play a game of divide and rule amongst the club’s support. It wouldn’t be the first time that this had happened at a club in the position in which Northwich Victoria has come to find itself of late, and its up to its writer to prove otherwise in concrete terms, and not in badly-written comments on a supporters forum. The above six questions are barely scratching the surface of what could be asked on this subject, and it is only the fact that we do not believe it that prevents us from going into greater detail on the subject. The only advice that we can give is that it has next to no credibility, and that supporters of the club should ignore it and that they should, if they are to donate money anywhere, only donate it to the Supporters Trust at this stage. But then, we credit the supporters of Northwich Victoria with the intelligence to have already worked this out for themselves – which would, it would appear, be more than some others have managed so far. 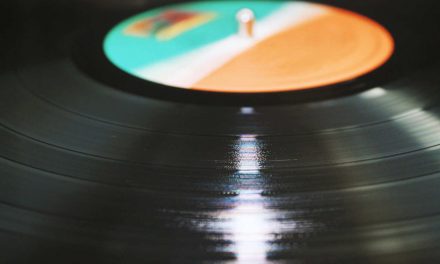