A Mess Of The Blues: Birmingham City’s Slide Continues

The Rao family at Blackburn Rovers have long since garnered the awards as the most gullible fallers for English Premier League (EPL) hype. But the original remain Hong Kong hairdresser Carson Yeung and his band of merry distant associates at Birmingham City. Yeung and Co, mostly “Co”, threw £81.5m at the two Davids, Sullivan and Gold, to take the Blues off their sleazy hands in 2009 – two less deserving causes for the money it would be hard to imagine. And if the Chinese arrival on the St Andrews stage was protracted and messy, their leaving of it is proving even more so.

Nothing has gone right at the club since Yeung arrived and that has been down to a mixture of incompetence, more incompetence and Yeung’s own business past catching up with him. The last filed accounts for Blues’ parent company, Birmingham International Holdings Limited (BIHL), are so old they were written on parchment. And the auditors for both club and company, accountancy firm BDO, resigned from both roles, evidently preferring the calmer financial waters of Glasgow Rangers’ liquidation, having expressed more than the ‘usual’ “significant doubts” about BIHL’s financial management. Meanwhile, the team is closer than it has been for years to English football’s third tier, where Gold and Sullivan found them in 1993. Things could only get more risible if the sole bidder for the club was a superficially mad former QPR chairman with a football history more chequered than a chessboard and…oh… Still, at least their major individual shareholder isn’t awaiting trial for money-laund… ah…

For some months, the choice of Birmingham City owner has been between “colourful” former football agent Gianni Paladini and any number of East Asian investors. Blues fans have plenty of reasons to be wary of all options. At the risk of generalisation, many Blues fans are wary of any Hong Kong or Chinese interest, given the failings of the current regime. Such interest has been referenced in recent announcements from Peter Pannu, the acting Blues chairman for over a year who appears to have emerged from internal power struggles at BIHL as its Chief Executive AND Managing Director.

A November 24th announcement ‘revealed’ interest from two Hong Kong parties and a UK one (previous unidentified interest from India and Thailand having disappeared). Pannu said “negotiation with one of the parties in Hong Kong is at an advanced stage,” but “no conditional binding agreement has been entered into.” The announcement added that “it was inappropriate to divulge information on the status of the negotiations.” Paladini has been ‘inappropriate’ since early September, when he emerged as a front-runner – in his own head, at least – to buy City. Two months later, Pannu didn’t seem quite so sure, telling the club website on November 15th that “there are no active negotiations with the group involving Gianni Paladini or any of his associates.” But in an interview that very afternoon with independent local radio network Free Radio, Paladini claimed: “The statement today makes us all look like idiots. We’ve done all the work, we agreed a price, we agreed everything and we want to do the due diligence but the books haven’t been done for two years. If you want to see the proof, I’ll show it to you. I’ve got everything here. I’ve even got an agreement with his lawyer that I’ve signed.

“What’s (Pannu) talking about?” he continued, adding his own suspicions as to why Pannu might have been in a state of denial: “We want to move in before January, before he sells all the players. We don’t want to come in in February, when the club is in a right mess.” To some Blues fans, Pannu’s reference to “active” negotiations explained these parallel universes. Yet two months and a day earlier, Pannu had said: “There are no discussions taking place with any group associated with Gianni Paladini.” And, in an interview that very afternoon, Paladini told Free Radio: “I don’t know what this statement is. It makes it look like everybody is telling lies. You can speak with my lawyer. He can tell you. We’ve talked about price. Yesterday I signed some papers and documents which were sent to my lawyer and…” stop me if you’ve heard this.

Although sounding Italian to the point of stereotype, Paladini has been presented, and has presented himself, as a “Solihull” businessman, having lived in the West Midlands town on the south-eastern outskirts of Birmingham for ages. “I love Birmingham, I’m from Birmingham,” he told Free Radio. As Free Radio presenter Tom Ross noted in the September 14th interview, Paladini is no recent convert to Blues’ cause (and with all due genuine respect, who could be?): “I and a lot of people in this town (sic) know you, and a lot of big important people who pay a lot of money for boxes (at the club) are good friends of yours, so you’re already connected with people who spend money at the club.”

“All my life I’ve been involved in football…I was involved in Birmingham,” Paladini added, by way of confirmation, before recalling his days as the agent of past…er…Aston Villa players such as “Gordon Cowans and Paul Elliott.” But if Paladini’s past links with Birmingham as an agent offered a mix of ingredients to his reputation, earlier months of 2012 offered altogether unpalatable ones. The film The Four-Year Plan, charting the “colourful” (that word again) regime of former motor racing boss Flavio Briatore at QPR, received its national television premiere in March. And while Paladini was far from the only ‘star’ of the film to come away with reputation scathed, he looked and sounded more ridiculous than most.

After leaving QPR last autumn, Paladini was linked with just about every midlands club with even the merest hint of potential ownership issues. Most of these two-plus-twos made five, but the Nottingham Forest rumours which surfaced 12 months ago had more legs. Paladini claimed to be a “consultant” to the Kuwaiti Al-Haswani family during their summer takeover of Blues’ east Midlands Championship rivals. This claim was swiftly denied by the Al-Haswanis after Paladini, who had even “presented himself as the new chief executive at the City Ground” (Daily Mail, 13 September 2012), was accused of making an illegal approach to Peterborough boss Darren Ferguson in June, while the Al-Haswanis were still undertaking due diligence.

But if Paladini is damned by his recent football history, and he surely is, then the same could probably be said of Pannu, given that his only football history has been the St. Andrews shambles. Pannu’s past as a Hong Kong police inspector was shrouded in more murk than the average English November weather. He passed this off as an occupational hazard, having been acquitted of various charges including fraud and assault. He received official commendation for his police work and subsequently applied this ‘inside’ knowledge of Hong Kong’s legal system to a career as a barrister. But his close, long-term links to Yeung leave him damned by much of the Blues faithful.

Pannu wishes to do the right thing by Blues, having won his power struggle at BIHL…if the PR assault on his behalf is to be believed. Past misdemeanours are being blamed on Pannu’s predecessor as BIHL’s leading light, Vico Hui, particularly the January 2010 “record sponsorship deal” with Chinese sportswear manufacturers X-Tep, which was dutifully hailed at the time as “a fantastic deal for the football club” and “a superb deal commercially” by Blues then vice-chairman… Peter Pannu. The “record”  was a supposed £7.1m to the club over five years and the contract also supposedly included a deal to show “at least eight” Blues games live on China Central TV during 2010/11. X-Tep were to replace Umbro as kit suppliers and supply £800,000 of training kit with an all-new “X-Tep-BCFC” logo.

The only “record”  it conceivably broke was for being a record pain in the arse. X-Tep threatened to end the contract three years early if Blues were relegated. But by that time, there were already other major concerns. The club took legal steps to stop X-Tep using the “modified” (trans: ripped-off) logo on “other leisurewear items”, which included Spanish club Villareal’s new kit, and when the club’s 2010/11 accounts were finally published in June 2012, they revealed that the deal wasn’t “for the football club” at all but for BIH subsidiary “Birmingham (Hong Kong) Limited,” which, the accounts said, would “maximise the potential of marketing the club within the Far East market.”

Hui claimed any concerns were a “misunderstanding” (a “record” misunderstanding, then). But he “failed to attend” a City board meeting that Pannu called to get him to “answer all queries” about “the X-Tep deal…and an unannounced ‘counter-sponsorship’ arrangement…personally handled by (Hui) and Miss Pauline Wong” (BIH’s financial controller – a possibly ironic title). The “rip-off” deal was swiftly ripped up. And the issues it provoked at least partly explained why BDO resigned as club auditors on October 2nd and as BIH auditors on October 29th. BDO’s condemnatory “disclaimer of opinion” in the club’s accounts said: “A number of factors have made us sceptical as to whether we have received all relevant information and explanation necessary for the audit from the directors.” This “relevant explanation” might be some time coming.

To be fair to Pannu, Blues would be a hard sell in ideal circumstances because of its ‘diverse’ ownership. The question “who owns Birmingham City?” has been a struggle to answer since Yeung arrived. The list of BIH shareholders past and present, individuals and companies, is lengthy; and hands up who can identify any worthwhile contribution from Lui Xingcheng, Great Luck Management Limited (more ironic titling)… Steve McManaman (yes, that one)? But months of supposed effort have produced nothing publicly tangible beyond Paladini’s repetitious rantings. Pannu’s disdain for Paladini is at least partly because he much prefers public silence on takeover talks. Yet the feeling persists that Pannu is saying nothing simply because there is nothing to say. In June, Pannu said potential buyers were “maintaining a close rapport” with the club. But this rapport had not produced a “meaningful deal.” It still hasn’t.

You have to feel sympathy for Birmingham fans, who are now truly “long-suffering.” Yeung and Co. wildly overpaid for the club, ran it poorly and utterly failed to establish a foothold in ‘lucrative’ Chinese markets, or, as former managing director Karren Brady said shortly after their acquisition, forge “links to the powerhouse Chinese economy.” Blues may no longer be a “yo-yo” club, alternating between EPL and Championship. But fans would rather prefer the way neighbours West Bromwich Albion have lost the tag. And, matters really could only get more risible if the latest Hong Kong interest was from a venture capitalist with no football experience, who answered to the name Charlie Chan and… what? Oh for ****’s sake… 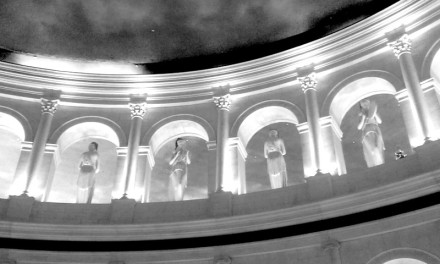 The FIFA Scandals: An FBI Indictment On Us All