Football has a cruel way of heaping cruel irony upon cruel irony. Just two days ago, Supporters Direct hosted an event at the Houses of Parliament to lobby for the recommendations of the Select Committee for the Department of Culture, Media and Sport (DCMS) into football governance to be fully realised. This followed the publication of the second report of the Select Committee, which, following absolute inertia from the game’s governing bodies following publication of the first report last year, warned all concerned that, “unless there has been clear progress in all the areas we highlight below within 12 months, the Government introduce legislation as soon as practicable.” Over seventy MPs, covering each of the three main political parties, attended the event, with many members commenting publicly on the importance of this report being seen to its logical conclusion.

Exactly why this so urgent could not have been thrown into a clearer light than the goings-on at Portsmouth Football Club today. Last night, it began to emerge that another consortium was bidding against the Portsmouth Supporters Trust (PST) for ownership of the club, and it is a consortium the constitution of which is almost shameless in its capacity to raises the eyebrows of anybody that knows much about the recent history of Portsmouth Football Club. Leading the consortium was Keith Harris, possibly best known in the public domain as one of the Red Knights, whose comical attempts to buy Manchester United were swatted aside by the Glazer family with dismissive ease three years ago. Harris, however, has been hanging around professional football for a long time, acting as a short-lived spell as the chairman of the Football League. Shortly after his appointment in 2000, ITV Digital pulled out of its clearly untenable £315m contract with the League, which led to Harris rejecting a settlement offer from the broadcasters and pursuing for the full amount of £132m through the courts, a case which the League lost  because there was no legally enforceable guarantee for the contract.

He is also as a “fixer,” advising on take-overs at such illustrious clubs as Chelsea, Newcastle United, West Ham United, Aston Villa and Manchester City. Outside of football, Harris is the chairman of the one hundred and thirty year old investment bank Seymour Pierce, which has been teetering on the brink of administration for the last few weeks. The company’s last published accounts, from September 2011, record a pre-tax loss of nearly £600,000. In what may just be one massive coincidence, Seymour Pierce was the company that brokered the sale of Portsmouth FC from Sulaiman Al-Fahim to the mysterious – indeed, to some perhaps non-existent – Ali Al-Faraj in October of 2009, as well as brokering the sale of the club to the ill-fated Convers Sport International for Portpin.

Also present and correct in this consortium at an executive level were two others previous involvement in the game. Steve Hamer was named as its managing director. Hamer is a former chairman of Swansea City, who was forced out of the club in September 2000. He had been at the Vetch Field for the previous three years, and stood accused by some Swansea supporters of being a large part of the reason why the club ended up in such a dire financial conditions that it almost expired altogether at the start of the last decade. Ironically, considering Hamer’s role in an apparent attempt to scupper a bid to buy the club by a Supporters Trust, his brother Neil was on the original Swans Trust board, which now has a twenty per cent ownership in a club that has risen from its near-death experience to the Premier League in less than a decade. The third leg of this particular triumvirate was a name already familiar to supporters of Portsmouth FC: John Redgate, a former Chief Financial Officer of the club, during which time he signed off the Hiroshima finance removal of season ticket money to Portpin (as reported) and having reportedly increased the valuation of Fratton Park – all of which benefited one man above anybody else: Balram Chainrai.

Earlier today, Harris went public on his bid with a statement to the press on the subject. “We will not be carrying forward any legacy issues associated with the recent past,” said Harris, although, rather than buying Fratton Park, his group’s plan was to lease it from Portpin, which would seem to indicate a very clear “legacy issue” from the very “recent past.” He also added that, “Over that period I have reviewed a number of opportunities in football. This, to me, became the stand out opportunity,” which, when we consider that Portsmouth are one place off the bottom of League One, staring relegation in the place, £60m in debt and unlikely to start earning anybody a lot of money soon, raises questions over what the offers that Harris turned down might have looked like like. Most important, though, was his clarification that he would lease Fratton Park from Portpin, leaving the club as tenants in their own ground, and while he added that he would be seeking to purchase the ground, no time-scale was given for this purchase. Harris stated that he had the finance in place, but the question of why an Alan Hitchins and AIAK KUwati financier Pascal Najadi would pay good money – and a considerable amount of it – for a football club which is, in strict financial terms, essentially valueless.

It was the timing of the announcement which has raised the suspicions of many. Next Thursday, the case continues in the matter of PKF – the club’s current administrators – against Portpin. The administrators have been trying to force Chainrai to accept a £3m bid from PST for the club for some time, and amongst their tools for leverage was the fact that the PST bid for the club was the only one on the table. This last minute consortium didn’t only shoot a hole through that argument, but they were also offering more – 3p in the pound rather than 2p in the pound – to creditors. PKF, suddenly, were in the uncomfortable position – on account of their responsibility to creditors – of having to accept this offer, even though they named the PST as their preferred bidder for the club last autumn and seem to agree that the offer made by PST for Fratton Park is a fair one, according to independent market valuations.

This evening, however, the Football League threw a spanner in the works of any hopes that Harris and his associates might have had of getting control of the club with a strongly worded statement:

At its meeting in London earlier today, the Board of The Football League was appraised of the current situation regarding the administration of Portsmouth Football Club in light of media reports that the Administrator, PKF, is considering a new offer for the Club. The League had previously been informed by PKF that its preferred bid for the Club was from the Pompey Supporters Trust (PST) and all parties have been focussed on a successful transfer of share to that consortium.

Given that The Football League’s Insolvency Policy prohibits a club from beginning two consecutive seasons in administration, the Board took the view that any change of preferred bidder at such a late stage would only create further uncertainty and was not in the wider interests of The League and its member clubs.Therefore, The League has informed the Administrator that it will not currently consider transferring the Club’s share in The Football League to a new bidder. This means that in the event that the PST bid does not succeed and Portsmouth do not exit administration before the end of the current playing season, the Club will lose its membership of The Football League.

There, then, are two clear lines in the sand. Firstly, the Football League has stated unequivocally that the PST bid is the only one that they will accept. Secondly, they have been similar definite in confirming that the saga of this club will run its course, one way or another, by the end of this season. The possibility of Portsmouth Football Club starting next season as a non-league is a very real one, if those that would seek to obstruct their take-over succeed in continuing to frustrate the sale. There are those that would seek to blame the Trust for this, but there can be little question of where fingers should be pointed with regard to the desperate predicament in which the club finds itself today. The last four years or so – longer, in fact, have seen a procession of individuals work their way through the club with no apparent interest in anything apart from what they can get out of it. Portpin should accept that their decision to loan Portsmouth FC was a failure, and that big risks potentially carry big costs. The only people that stand between the club and a complete asset strip has been the Trust, who have battled doggedly against mountainous odds in order to give it a genuinely fresh start.

Perhaps, in making their announcement this evening, the Football League had one eye on those seventy-odd MPs who are now looking for football to get its regulatory house in order or have it imposed upon them. If so, it is appropriate that Portsmouth FC should have become a story this week. It has been the long-suffering supporters of the club and the local press that have exposed many of the behind the scenes shenanigans at the club, and it has been the businessmen, who portray themselves as saviours but ultimately, it seems are only ever out for themselves, who have been solely responsible for for a club that has been a member of the Football League since 1920 being dragged to the brink of expulsion from it or extinction. What has happened to Portsmouth Football Club is a symbol of everything that is voiced when we express our anger at the epidemic of mismanagement that may be seen in modern football. It has been living nightmare for the supporters, and the time has come for this nightmare to end. It’s time for a fresh start for Portsmouth Football Club, free of the speculators, carpet-baggers and free-loaders that have blighted its recent past so dramatically. 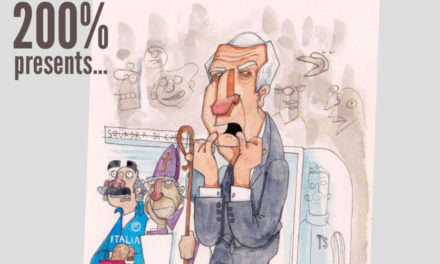 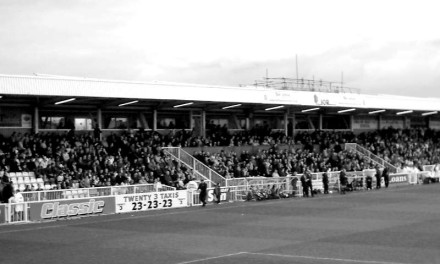