It has been a confusing week for Blackburn Rovers-watchers. All that has been certain about the club in recent times is that it would be bought by Indians, and that Mirror and People journalist Alan Nixon would be up there breaking the story to the world. Well, it looks like Nixon can take that holiday he’s been looking forward to ever since the Jack Walker Family Trust put the club up for sale in the summer of 2007.  Nixon had come up with some unlikely suitors in his time. There was a “mystery Pakistani consortium” in October 2007 which had “drawn up a short-list of clubs to bid for” and had decided – and this phrase will make it seem longer than three years ago – “Mark Hughes’ highflyers” were the “most attractive because of their cost and profile” (i.e. they were cheap). April 2008 brought Scottish “sportswear supremo” Chris Ronnie to the table, with a previous job as “a right-hand man to Mike Ashley,” a phrase to chill the blood in Newcastle. June had Ronnie “closing in” on a takeover and July had him…”pulling out because he thinks the club is only worth £25m.”

While Ronnie was pulling out, “Altrincham entrepreneur” and “friend of Rovers keeper Brad Friedel” Nabeel Chowdery was pulling in, claiming the club was “probably worth £40m but the price they are asking is too high.” A week after this quote appeared, Nixon exclusively reported that Faisalabad-born Chowdery “has had a bid of about £30m rejected.” Now, I’m no financial expert, as regular readers will testify, but Chowdery’s chances of success looked slim on the basis of that arithmetic.  Back in the present day, you sensed from Nixon’s willingness to talk of “takeover coops” and “chicken-feed” finances that even he wasn’t convinced by the “from-out-of-nowhere” emergence of billion-pound poultry conglomerate Venkatashware Hatcheries (VH Group) and its “flagship” company Venkys as a rival to long-time “preferred bidder” Ahsan Ali Syed and his £300m promises. Syed was hopeful of completing his buyout before the end of the transfer window. But he advisedly didn’t specify which window and he’s still…hopeful – currently making populist promises via his representatives to “give some shares back to the fans, as you the fans should have the right to decide on the future of the club as well.”

No details have been forthcoming, which is no shock. And amid revelations that his financial past was as spotless as Frankie Freckle, the freckliest man in Britain, Syed has been gazumped by a group of chicken farmers led by… b****y hell… a WOMAN!! Of course, there’s no reason why a poultry and pharmaceutical conglomerate such as VH Group would make any better or worse owner of an English Premier League club than a property developer or whatever it was that Tom Hicks did for a living before whatever it is that he’ll have to do now (tee-hee). And, before you all write/type in, there’s no reason why a woman shouldn’t be a leading figure in football. Look at West Ham’s Karren Brady… no… bad example.

But Venkys’ first week in the football limelight has, on the surface of it, been one of mixed messages and confused ambitions. At first glance you might think that Anuradha J. Desai didn’t know much about football and was a figurehead for the takeover bid. Mind you, at first glance by ‘western’ eyes, you might not know whether ‘Anuradha’ was a boys’ or girls’ name, hence this postscript to a Guardian newspaper piece on the takeover: “The original article referred to Anuradha J. Desai as ‘he.’ This has been amended.” On closer inspection, she doesn’t know anything about football. And the takeover is indeed someone else’s “venture.”  Venky’s is a family concern-turned-billionaire business which was started by Mrs Desai’s father Dr BV Rao 39 years ago, growing exponentially until Dr Rao became known as the “father of modern poultry in India,” not a title thrown about willy-nilly, let me assure you. He died in 1996 and his eldest offspring, Mrs Desai – who was already the first woman President of the World Poultry Science Association – has taken the company from strength-to-strength, “with the help of two brothers.”

So far, so hagiographic. Whatever she knows about chickens, it quickly proved unwise to make her the public face and voice of the Rovers takeover bid. She isn’t leading the bid, for starters. In a blow to gender-equality fans everywhere, her brother Balaji (“Bala”) is “the football lover in the family.” As Mrs Desai explained to the Economic Times of India business newspaper, all the “non-synerginistic diversifications of the VH Group” (i.e. the non-chicken and drugs bits) are “his ventures…including film-making” under the self-effacing banner “Bala Entertainment.” And, before long, the bid got a second public face in Venky’s managing director, Venkatesh, the other brother.  But before the family could stop her, Mrs Desai let a good few things slip in an Economic Times of India interview on October 26th, which got the UK media and many Blackburn fans in a tizzy after the Lancashire Telegraph printed highlights on the 27th. She insisted that Rovers didn’t need to buy “expensive players, we can always lease them,” clearly ‘unsure’ of the rules governing loans and the expense still incurred by certain leasing arrangements. Assuming she meant loans, rather than another business concept entirely. Maybe there’s something in cricket’s Indian Premier League which permits “leasing arrangements.” If the money’s right, I’m sure there is.

Then came a supposed declaration of non-ambition: “We don’t expect to be in the top five of the Premier League. We will be happy to be in the top 10 to 12,” although based on current form this IS ambition. It is the sort of statement that would have Rovers supremo “Big Fat” Sam Allardyce heading for the job that Milan are keeping for him, in which case it would have considerable merit among Rovers fans. But read alongside a later statement in the same interview, it does suggest genuine ambition. She states that VH Group’s “first priority is to get the club on a strong footing and back into the Premier League.” So she thinks that “top 10 to 12” is both promotion and subsequent consolidation, which would be exactly the sort of thing Rovers fans would want to hear, if they were in a Championship promotion battle.

Either that, or she thinks the Premier League is just the Champions League clubs, which would confirm what a lot of cynics suggest is the true global perception of the “EPL,” – hence the cynicism which surrounded Scudamore’s execrable ‘Game 39’ proposals and the prospect of ‘Bolton v Wigan’ in some far-flung corner of the world. Less attention was paid to her admission, borne of impolitic honesty not ignorance, that the deal to buy Rovers was more to boost Venky’s international profile than the club’s. “Football is a global craze,” she noted, “and as the VH Group globalises…we believe we can benefit from being owners of a major football club. It will help build our brand.” Her brother Venkat said: “Don’t forget this is an Indian first company.” And she seemed to confirm Rovers’ place in the pecking order, adding: “Now that we are going global, we need a global sport, hence the football club.”

Even less attention has been paid to the few details of the deal’s construction. The idea of “allowing sponsorship of Ewood Park” was a one-liner and simply one option in a Lancashire Telegraph news story. But on the sports pages, it was the story, with a putative fans’ protest campaign to follow. It masked the stand-alone statement in the Economic Times that “The acquisition has been funded by ICICI Bank.” This has worried only a few fans, compared to the hordes who would oppose the takeover on stadium naming rights alone. Still, that’s “only a few” more than might have been worried even five years ago. And also masked is the formation of a subsidiary company, Venkys UK Pvt Ltd, to acquire the club. All public statements have emphasised that the deal is being done “on an equity basis.” The question is who pays back the bank, especially as the emphasis has also been on the deal’s independence from Venkys? That isn’t to say the “club” in whatever form will be burdened with that responsibility. It would just be nice to know, although with the Premier League scrutinising the situation in football’s post-Portsmouth environment, I’m sure we’ll… no…

Venky’s have had to do a PR handbrake turn in the shape of an interview with Mrs. Desai in the Lancashire Telegraph. Trumpeted as an “exclusive” and “the first given to the British media,” it is also, from the headline (“Blackburn Rovers bidder aims for Top Four”) to Mrs Desai’s closing plea (“please tell the fans that we are totally committed to them and to the club”) a damage limitation exercise. The buzzword is “committed” (“fully” or “totally”) with a “passionate” thrown in for good measure. The statements of intent would all fit in the “exactly what fans want to hear” and “they would say that” columns.

Mrs Desai cites “shared values” between the club and the company, although apart from her father and Jack Walker being “rich”, it’s hard to see what values they shared. And her ambition to “try to create a whole nation of Blackburn Rovers fans” in India, could founder on Allardyce’s tactical acumen, unless “hoofball” is popular there. And all talk of lack of ambition, especially financial, is carefully refuted. “There will be investment… much, much more than £5m…we have devised a spending strategy already for the next five years that will see the manager given significant funds to buy players… and we want the fans to know that.” Or at least, believe that.

All that said, the family’s business dealings are shrouded in less mystery than is the norm for potential bidders for English football clubs. And there is evidence of business competence within the organisation, even if journalists have this far been loathe to ask or discover whether Venky’s’ other “non-synergistic diversifications” have been successful, and even if talk of billion-pound turnovers masks a more average financial performance. There’s been thankfully little outright racist opposition, too. And what there has been has been refreshingly easy to lampoon (and squashed within minutes by other Rovers fans), especially the ludicrously misplaced anti-Muslim comments. The inability to understand that a club run by Indian Hindus would not rename the ground “Mecca Park” or have the team “playing in green with a crescent moon and star” could only come from someone who notes that “Pakistanis are historicly Indians.”

There are only three expressions of interest on Blackburn’s table. All are Indian. And with the Walker family determined to sell, Rovers look destined to be India’s first “EPL” club. Whether this will prove ground-breaking or heart-breaking remains to be seen. 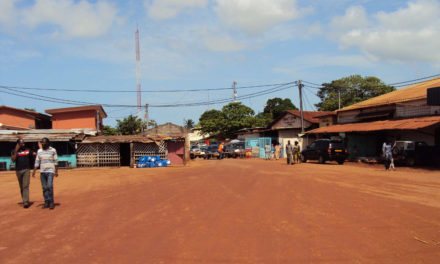 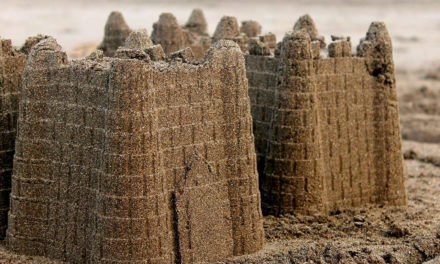 Torquay United: Going To The Dogs?

What The Premier League Clubs Kits Should Look Like: Part Two

Give Me Liberty Or Give Me Death: Uncertainty in Nuneaton