Three games, three goals, and little else to report of any significance from two hundred and seventy minutes of football. It’s tempting to argue that the real World Cup, cagey and more scared of losing than it is keen to win, arrived in Russia yesterday. A quick look at the schedule highlighted this particular day as a potential stinker. Three teams expected to get to the latter stages of the tournament against three of the relative outsiders might have provided entertainment from either end of the spectrum, whether through a surprise win or an absolute pummelling, but instead what we saw yesterday was a day of torpor.

Morocco became the first team to be knocked out of the competition following their one-nil defeat against Portugal. Cristiano Ronaldo scored his fourth goal in two games after seven minutes to win the match for Portugal, but other than that early goal it was a relatively quiet afternoon for the talisman, which gave us plenty of time to reflect upon how mediocre the rest of his team can be, at times. Morocco, for their part, gave it all, but no goals from their two matches so far tells us as much as we probably need to know about where their early elimination from the tournament has come from.

Hervé Renard’s team worked hard and defended stoutly, but once past the halfway line they seldom looked much like troubling the Portuguese goal, although they did fashion one when Younès Belhanda’s flicked header brought a wonderful, one-handed save from Rui Patricio. In a tough competition in which the margins between victory and defeat are wafer thin, though, Morocco didn’t really do themselves justice in an attacking sense, and that last minute own goal conceded against Morocco and the lapse in concentration from a corner early in this match proved enough to leave them too far adrift, even with one match left to play.

Considering the hiding to nothing that they might have considered themselves under after having been drawn in a group with both Portugal and Spain, Morocco are unlikely to be surprised by their elimination. But Iran survive. For now, at least. They were also beaten yesterday, also by a goal to nil, by Spain, but their opening game win against Morocco keeps them in the competition and the timbre of their performance against Spain leaves grounds for optimism that they might yet edge through to the next stage of the competition.

Diego Costa broke the deadlock nine minutes into the second half with a fluke that bounced in off his knee, but other than this Spain looked very much like the bit of a mess predicted by those who believed that sacking your manager two days before your first World Cup match might not be, at least from a purely pragmatic standpoint, entirely sensible. Iran had chances to claw their way back into the match, and Spain spent much of the last half hour camped in their own half as their opponents sought a way to unpick their massed defence.

With a header that flashed just over and a shot into the side-netting, they came close, but they didn’t come closer than when Saied Ezatolahi put the ball into the Spanish goal, only for it to be ruled out for offside. The delay in disallowing the goal felt heartbreaking, but the social media reaction was telling. Many of us leapt to our feet to complain about the VAR, but it was a correct decision. Just those few seconds, however, were enough of a tinderbox to set off another debate on the subject that seems to be continuing to burn this morning.

What is most striking about the ongoing debate about VAR is the extent to which it is becoming a culture war. On one side, sit those who want clarity and definitive decisions. They are sickened by refereeing mistakes and believe that technology can provide the answer. On the other side are those who see nuance and grey areas as part of the intrinsic joy of the game. and who believe that football, like life, isn’t fair, no matter how much we might want it to be. Some have characterised this as a difference between those who go to matches and those who watch on the television, and there might be an element of truth to it, although it does feel a little more complex than that.

Two things primarily stand out above anything else, concerning this entire conversation. Firstly, there will never be greater opposition to VAR than there is now. Some will come around to it as they see it, others will simply adjust to it as time passes. Secondly, despite the first point made here, FIFA have ploughed on with it regardless, and from this we might reasonably assume that there is no way on earth that it’s not now a permanent fixture, whether we like it or not. This isn’t necessarily an argument of defeatism, it’s more of an argument that the game will continue to evolve whether we want it to or not.

Players are already adjusting to this new reality, and it seems almost certain that “controversy” will not be going anywhere soon. One type of controversy will instead come to supplant the type that we’ve had for many, many years. Indeed, such has been the speed with which players have already started to adjust, it wouldn’t be surprising to see entire tactical systems changing to try and game the VAR, and it wouldn’t be that much of a surprise to see a point, decades into the future, at which football has spiked into two versions of the same game, one with VAR (and, no doubt, plenty of other bright ideas that haven’t even been conceived of yet) and one without.

Goodness knows what this game might look like in practical terms. The large volume of goals scored from penalty kicks and set-pieces may offer a clue. Of the thirty-eight goals scored in the first round of group stage matches, seven were from penalty kicks, six were from corner kicks, four directly from a free-kick and three from free-kick crosses. All in all, fifty-three per cent of all goals came from set pieces, compared to twenty-eight percent of goals scored at recent World Cups, which is on par with the rate scored in league competitions worldwide. This is, of course, a small sample of matches and it could turn out to be a statistical blip, but it’s equally possible that this could be a result of VAR (or an awareness on the part of players and coaches of VAR), or even the design of the ball. Egypt goalkeeper Essam Al Hadary certainly holds the ball responsible. Earlier this week, he told reporters that, “We [goalkeepers] are the victims of FIFA and the ever-developing football.” Essam Al Hadary is, of course, the oldest player at this World Cup. Make of that what you wish. 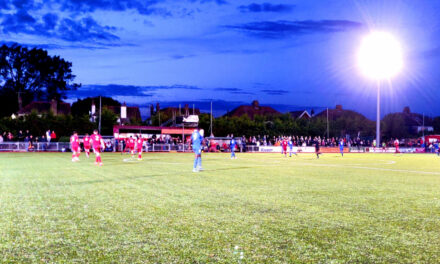 The Friday Cartoon: Football Haircuts In 2013 – A Cut Out & Keep Guide