By the midsummer of 1985, the press had begun to roll back out of town and the people of the city of Bradford were left to reflect. When fire spread through the main stand at Valley Parade during the final match of the previous league season, it took with it not only fifty-six lives but also much of a feeling that football in England could ever quite be the same again. Had this one particular stand really been that much more of a safety than many others, the length and breadth of the nation? Hastily convened safety checks seemed, if anything, to confirm not, and dozens of the other ramshackle constructions that had appeared at football grounds over previous decades were suddenly and summarily closed off.

In the city of Bradford itself, a question mark hung over the future of Bradford City AFC itself. Once the small matter of the fact that the club had to continue had been confirmed, there remained the somewhat trickier issue of where it would play its home league matches for the foreseeable future. The wreckage of the main stand at Valley Parade made that venue unusable, and even if it had been somehow able to rope off this area and play in front of what remained of the main stand, it was surely not appropriate for supporters to have to return to such a visible reminder of such a terrible tragedy.

There were some – perhaps many – who felt that Bradford City shouldn’t return to Valley Parade at all, that the pain of going back might be too much to bear, that the costs of rebuilding the stadium couldn’t erase the memories of that day in May. Those of that persuasion had an ally in the local council, who had an alternative venue lined up for club in the form of Odsal Stadium, the home of Bradford Northern Rugby Football League Club. Built in 1933 and opened the following year, Odsal Stadium was not known as “The Wembley of the North” without some cause. Its record attendance, for the 1954 Rugby League Challenge Cup Final replay, between Halifax and Warrington, was 102,569 people, and the stadium had recently undergone extensive renovation work ahead of hosting the 1985 World Speedway Championships.

Still, though, renovation for a speedway tournament was very different to the renovation required in order to host professional football, and so it was that, as a further £1m was put into bringing Odsal up to scratch – segregation fences were erected on the Main Stand side and 1,000 uncovered seats were bolted onto the terracing on the other side of the ground – Bradford City, who, let us not forget, had finished the previous season as the champions of the Third Division and were starting the new season in the top two divisions of the Football League for the first time in forty-nine years, began their first season following the disaster playing their home matches at Leed United’s Elland Road and Huddersfield Town’s Leeds Road.

Odsal was certainly the local council’s preferred destination for the club to return home, and after a safety inspection held in September 1985 the ground was deemed safe to use for League football. This, however, was a quite different question to that of whether it was suitable for League football, and it soon became clear that the answer to this question was resoundingly negative. The pitch itself was separated from supporters by a speedway track and, in spite of safety recommendations that had vastly reduced its capacity from its heyday, the scale of the stadium was such that even a crowd of ten thousand people – way more than the club’s average attendance at the time – could easily appear lost on the vast terraces and seating areas. The stadium was no more popular amongst players, who found that a playing surface that was acceptable for rugby league proved to be too heavy and uneven for association football. Writing later in When Saturday Comes, John Dewhirst of the Bradford fanzine City Gent summed up the mood surrounding the supporters’ desire to return t Valley Parade:

Our first season away from Valley Parade was one of despair. The local authority appeared reluctant to assist in the redevelopment of our home ground, and it seemed that we might have to watch our football at the inhospitable Odsal stadium. Followers of the Bantams were active in petitioning for the return to Valley Parade. The initial hesitation of local government to provide money alienated people who pointed to the fact that enormous amounts of money had been spent on restoring a Bradford theatre. Correspondence to the local press included the usual sermons from the law and order brigade, demanding why public money should be used to assist a private limited company.

This unsuitability would manifest itself most publicly in September 1986, when Leeds United came to town. The reputation o Leeds United supporters, which hadn’t been terribly good beforehand, sank into the gutter after the death of a fifteen year old Birmingham City supporter after a wall collapsed during a riot at St Andrews on the same day as the Valley Parade fire, and the FA’s response to this was to make all of the club’s away matches all-ticket for their supporters. An improvement in behaviour led to this penalty being lifted for the 1986/87 season, but as the two teams met in the Second Division for the second year a row, the decision not to reintroduce proper ticketing arrangements for such a local derby would prove to be a costly one.

A crowd of over thirteen thousand people attended the match at Odsal, which proved that the period of soul-searching that football had undergone following the 1984/85 season had clear limitations. Situated at an end of the ground which was part terracing and part grass bank, and day that had already been pock-marked with violence spiralled out of control when, with just over ten minutes of the match left to play and Bradford leading by two goals to nil, Leeds supporters attacked a temporary food stall which, in a hideous echo of the events of sixteen months earlier, caught fire. The referee took the players from the pitch, and section of the Leeds support then attacked Bradford supporters in the Main Stand while others pelted missiles at the police and a fire service crew who had called to deal with the fire. The referee eventually brought the players put at five thirty to play out the last ten minutes of the match in a near deserted stadium. Goodness only knows what must have been felt by those that had been present at Valley Parade on the eleventh of May 1985.

By this time, however, Bradford City supporters were counting down the clock before Valley Parade reopened. With Odsal such an unsatisfactory venue for League football, £2.6m was put aside from insurance money, grants and from the club itself to completely redevelop two sides of the ground including, of course, the site of the 1985 fire. The ground was officially reopened in December 1986 with an exhibition match against an England XI, and a couple of weeks after the ground returned to competitive action for a home match against Derby County. Ten days later, following a goalless draw with Birmingham City, Trevor Cherry, the manager on the day of the fire, was sacked. He hasn’t worked in football management since. Stafford Heginbotham, the long-time chairman of the club who was in charge at the time of the fire, resigned his position at the start of 1988, and died in 1995.

The two sides of Valley Parade that were not renovated in the aftermath of the fire have both gone, now, redeveloped in 1996 and 2000, and giving the ground the distinctive, lop-sided look at it has today. A memorial outside the ground is the most significant reminder of the horror of that day – there’s another in the city centre. The last twelve months have seen questions begin to be asked again over the circumstances of that horrific day in 1985, but now is not the time to raise those again. Perhaps now is as good a time as any to consider the hardiness of our football clubs, though. Bradford City AFC suffered an almost unimaginable loss on the eleventh of May 1985, and they suffered it from the lower divisions of the Football League at a time when questions were seriously being asked about whether professional football in any form could survive in this country. Many of those questions were somewhat hyperbolic, but it is worth reflecting upon the fact that this club returned home just 582 days after its heart was torn from it. And home it is, in a way that Odsal Stadium never was, and never could be. 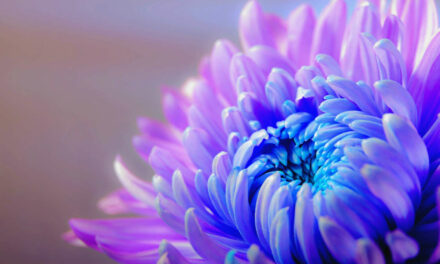