1985/86 Week: The Government Tackles The Hooligans

It is a fundamental truth of any look at the history of football hooliganism in the UK that crowd disorder has been a part – whether small or large – of the culture of the game for almost as long as crowds have gathered to watch matches. There are recorded instances of trouble at matches going all the way back to the 1880s, and to this day there remains a chance, at any match, that any spectator could he caught in the wrong place at the wrong time. For those of us who have attended matches for many years, this is largely considered a small and manageable risk, but those who view the game from the outside have developed a somewhat different position on it all and, in the summer of 1985, those people were queuing up to tell the rest of us exactly what they thought.

The general consensus is that football hooliganism in anything like its modern form started to take shape in the middle of the 1960s, but the truth of the matter that is that it didn’t really become endemic for a further ten years after this. The extent to which crowd violence had become endemic at matches really started to seep into the public consciousness in around 1974. It was, quite possibly, outbreaks of trouble involving British clubs playing abroad that caused this change in the broader public perception. It might have been an increasing willingness on the part of television directors to linger on such scenes during broadcasts. It was most likely these factors as well as a multitude of others. All we know for certain is that by the end of the 1970s, crowd trouble at matches had become a part and parcel of the game. Periodically, Match Of The Day would begin with Jimmy Hill, serious-faced, bemoaning “another dark day for football” and the behaviour of “louts” – language that seemed as arcane then as it does now – whilst matches would periodically be interrupted by the spectacle of crowds spilling onto the pitch or into each others’ sections in order to fight.

Throughout the early years of the 1980s, things continued to deteriorate. Disorder by, had this time, attached itself quite closely to the England national team, whilst domestic crowd violence seemed to be becoming increasingly orchestrated. Regardless of the reasons behind it, the problem seemed to be continuing to grow, yet all around us the reaction of those in a position to be able to do something about it seemed to be one of inertia. The most visible reaction of clubs themselves was to put up fences around pitches, which certainly gave the impression that football’s only response to the matter was to implement a policy of containment, whilst those of a cynical disposition might even have suggested that the fences did little more than confine fighting to the terraces and outside grounds. Out of sight, out of mind.

The 1984/85 season, however, was that during which the issue could no longer be hidden from public view. At Kenilworth Road in Luton, at Stamford Bridge and at St Andrews, of course, but also far beyond. This was the season during which crowd trouble completed its transition from being something sporadic to being a dull, aching noise that was permanently in the background of the game and, whilst the horrific fire at Bradford City on the last day of the domestic season in England couldn’t in any way be pinned on crowd disorder, events two and a half weeks later at the Heysel Stadium in Brussels most definitely could. With crowds having continued a downward spiral that would conclude during the 1985/86 season, the sense that something had to be done to beat this problem

It’s not unreasonable to say that governments of both political hues had, broadly speaking, ignored the growing problem and hoped that it would go away. By 1985, however, occasional outbursts from the plush green seats of parliament or the steps of Ten Downing Street were no longer sufficient to quell broader public disquiet concerning the state of the game, and when the Heysel Stadium disaster claimed thirty-nine lives as a direct result of the behaviour of rioting English supporters, the urgency to do something pressing to immediate. Some within football wanted to do something about it themselves, but they wanted to do it by turning their grounds into something more even closely resembling prison camps than they already were. Ken Bates very publicly toyed with putting electric wiring around the top of the fences at Stamford Bridge, and one Tory MP, David Evans, who happened to be the chairman of Luton Town, banned away supporters altogether.

Evans was an ambitious, right-wing Tory MP elected to the house of commons just two years earlier who found that he could get Margaret Thatcher’s ear on this particular subject, and the one thing that his scheme had in common with everybody else’s bright ideas of the times was that containment was the only policy that could work. No consideration whatsoever seems to have been given to the broader question of the safety and suitability of stadia, changing policing methods, or trying to foster a culture that treated football supporters – the overwhelming majority, of course, who were not troublemakers of any sort – as anything other than a “problem” to be “dealt with.” National service and birching were not far behind in the eyes of those seeking to hark back to a halcyon era that had never really existed in the first place.

The fruit of this consternation on the part of a group of people who didn’t understand the culture of the football supporter but still sought to control it was the Football Spectators Act 1989, a spectacularly illiberal piece of political work that would most likely have achieved nothing had it ever been implemented. Under this piece of legislation, access to grounds would be allowed only to those who had signed up for a National Membership Scheme (NMS), and anyone not a member and gaining entry to the ground “shall be liable on summary conviction to imprisonment for a term not exceeding one month or a fine not exceeding level 3 on the standard scale or to both.” Furthermore, “the Board shall comprise a chairman and six other members, of whom the chairman and four of the other members are persons approved by the Secretary of State and the remaining two members are persons nominated by the Secretary of State,” meaning that any appointments to the body overseeing it would be explicitly political, whilst supporters could have their NMS membership revoked if they were convicted of any criminal offence.

Quite asides from the obvious civil rights aspect of forcing a section of the population – and again, we should reiterate that the overwhelming majority of this section of the population was as peaceable then as t is today – to carry an ID card around with it just to get into a football match, there was the small matter of the fact that the implementation of this bill wouldn’t have made a great deal of difference to hooliganism anyway. The most likely benefit, if it can be described as such, would have been in moving trouble away from the grounds themselves and onto streets with near or away from those grounds, which would most likely only have made any disorder more difficult to police. But the scope of thinking on this subject was so narrow that troublemakers could only be seen as football supporters, rather than people who wanted to fight and also may have been keen on the game to some extent or other.

Other government policies of the time might not have looked out of place in script to The Thick Of It. One plan, devised by Thatcher’s press secretary Bernard Ingham, suggested that, “All the glamorous pop names in soccer have a role to play in getting the right approach to next season, and we should consider organising the main radio and television sports programmes to get as many of them on the air as possible.” At the heart of this big idea was a suggestion from Elton John that the prime minister should interview, of all people (and this suggestion is so bizarrely random that it’s not difficult to believe that Ingham mentioned it as part of a piece of performance art, or something,) the Manchester United goalkeeper Gary Bailey. The plan, provisionally named – stop sniggering – “Goalies against Hoolies” suggested using goalkeepers because they were the closest to the stands and “first in line” for abuse. Bailey, apparently, was selected for his “articulacy.”

Some of the milder elements of the policies discussed at that time did eventually form art of our culture. A proposed ban on the consumption of alcohol in grounds was, in the manner of a Premier League pint of lager, watered down to banning alcohol in sight of the pitch, and this remains in place, even though the link between alcohol and crowd trouble has always been tenuous, to say the least. Changes to police and court powers possibly did have some positive effect, but it was the steps towards banning orders that seems like the only idea of the time that could have had some positive influence on dissuading those who sought trouble from doing so, and again we don’t know the exact extent to which this has been the case.

Bereft of any real understanding of the issues that they faced, the biggest real threat to public safety, the conditions in which people actually watched football matches, was woefully overlooked. There was, by the summer of 1985, already ample evidence that accidents were waiting to happen, but nothing significant was done in this regard until after Hillsborough, when the report laid the blame for the deaths of ninety-six people squarely on a lack of police control. For all the smearing in some quarters of the press which fed into a prevailing but inaccurate idea that football supporters were no more than a problem that needed to be contained and nothing more. And when that became apparent, the ideology as well as the fences had to be dismantled.

The Football Spectators Act was finally laid to rest at this all too late stage in the day after Lord Justice Taylor himself described the ID card scheme as being akin to “using a sledgehammer to crack a nut.” But what were the factors behind the decline of crowd trouble at English matches? The emergence of a fanzine culture from supporters themselves? A shifting demographic brought about by the start of the Premier League? Increased use of CCTV and more sophisticated policing? Each of these may have had some sort of effect, in their own way. Ultimately, though, perhaps it’s as simple as this – hooliganism became unfashionable, the preserve of throwbacks to another era – an era which isn’t showing many signs of coming back any time soon. Things today aren’t perfect by a stretch of the imagination. Where there are congregations of people with tribal affiliations, bad blood always has the opportunity to blow up into something greater. But we’re a ling way from where we were thirty years again several extremely healthy respects. 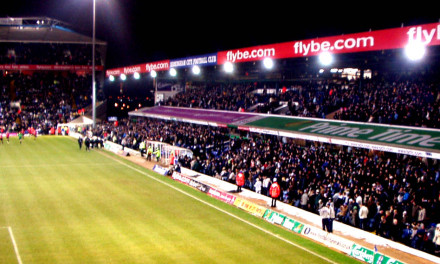 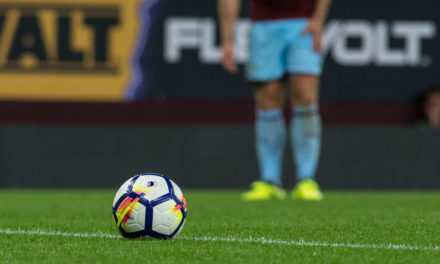