To a generation of supporters brought up exclusively on a diet of professional football as a mechanism for the benefit of broadcasters, the idea that there was a time when the game’s authorities and the television companies of the era didn’t see eye to eye may seem somewhat absurd. For many years, however, the broadcasters and the club chairmen didn’t live in the world of wine and roses that they seem to inhabit today. From the view point of the broadcasters, the clubs and the game’s authorities were too conservative and restrictive over what they would and wouldn’t allow to be shown on the television. The clubs, for their part, were seriously concerned about the the effect that the televising of matches may have on attendance figures at a time when gate receipts made up a considerably greater proportion of their income than they do nowadays.

The roots of the 1985 television dispute, which kept all Football League and FA Cup matches from television screens until the start of January 1986, were manifold. After years of resistance to showing it at all, the regular live broadcasting of matches – experiments with it had taken place during the late 1950s and early 1960s, mostly to the indifference of mass television audiences – had finally begun at White Hart Lane in October in 1983, when Tottenham Hotspur beat Nottingham Forest by two goals to one in front of the cameras of London Weekend Television. The initial contract drawn up ran for two years, but by the time that everybody sat down to try and negotiate a new one, much had changed, both in terms of the priorities of the broadcasters themselves and those of the increasingly pressured and uncomfortable looking governing bodies.

Worsening crowd disturbances and falling attendances meant that the game was far from the attractive proposition that it is today whilst, from the point of view of the broadcasters, viewing figures for the live matches that had been shown had been slow, whilst the introduction of Channel Four in 1982 and the subsequent success that the new boys had found with sports hitherto unseen o the television in the UK, such as American football, as well as the boom periods being enjoyed by other sports such as snooker, darts and athletics, meant that broadcasters were certainly not regarding the game as the golden egg that they do these days. An initial offer worth £19.2m was made to the Football League at the start of the year, but this was rejected almost unanimously by the Football League, whose chairman, Jack Dunnett of Notts County, wanted considerably more money for “a match on TV every week” than was being offered.

As if to emphasise their scepticism towards it all, The Football League gave its negotiating committee the power to withdraw from negotiations if it felt that it wasn’t getting a deal that was advantageous enough for clubs and also added three new members. Irving Scholar, the owner of Tottenham Hotspur, and Ken Bates of Chelsea were considered to be from the anti-TV lobby, whilst Robert Maxwell owned shares in two would-be cable television companies and had previously tried to push up bids by encouraging the BBC and ITV to bid against each other, and had, famously and somewhat nonsensically, described the previous TV bid as, “Mad, bad and sad.” As if this already clear television-scepticism wasn’t bad enough, one can only imagine what attempting to negotiate with Bates and Maxwell alone might have been like for the television executives.

Somehow or other, though, neither the Football League nor the Football Association seemed to fully take note of the extent to which the game’s reputation was being dragged into the gutter at that time. John Bromley, the head of ITV Sport, hit the nail on this particular head at the time when he commented that, “They have hooligans kicking each other on the terraces, lousy facilities and boring players and they say it’s television’s fault nobody goes to the game any more… the crunch has come. I’m not talking idle threats, but the realities of life. Soccer has no god-given right to its slots on TV and if they don’t want to talk sensibly there are plenty of other things to take their place.” Bromley’s comment was made the day before the Heysel Stadium disaster. It is, perhaps, a sign of the times that a television executive seemed to have a better handle on the issues that the game faced at that time than the game’s own governing bodies themselves.

On the eleventh of May 1985, television cameras that were supposed to be broadcasting a football match had to be used by ITV to cover the unfolding disaster of the Bradford fire. Less than three weeks later, the BBC’s coverage of the European Cup final was forced to do the same, as the awful truth of what was happening inside the Heysel Stadium unfolded before a horrified television audience and the broadcasters themselves. Somehow, though, the Football League and the Football Association still didn’t seem to understand what was happening to the game that they were supposed to be responsible for administering. When further offers from the television companies having been rejected by the Football League’s negotiating committee and with the authorities now even refusing to meet them, the broadcasters set a deadline of the first week in June for the agreement to have been reached. The immediate response of the Football Association was to confirm that no new contract for the FA Cup would be agreed until after agreement with the Football League had been reached.

As the 1985/86 season started, there would be no regular televised football on the television in England for the first time in more than two decades, and as if to underline the extent that their viewpoints were entrenched, the Football League invoked FIFA regulations to prevent the BBC and ITV showing matches from abroad and rejected a BBC Radio contract for the live coverage of matches on BBC Radio Two. But the tide of opinion was turning against the Football League and the FA. They had been in favour of more recorded highlights than live fixtures, but it was clear, even in 1985, that the future rested in live broadcasting, rather than in recycling matches for a television audience hours after they’d been played, especially with the first signs of television’s multi-channel starting to become clear.

It was also apparent that the game’s authorities were hugely overstating the value of their product at the time. It was believed that they valued the contract at £60m, but by the standards of the time this was considered to be a wildly over-optimistic figure. Writing in The Observer newspaper, the legendary football writer Hugh McIlvanney commented wryly that, “they [the Football League and FA] made the dumb mistake of trying to read the opposition’s hand in a mirror that turned out to be clouded by the steam rising from fevered imaginations.” Public opinion was sliding away from the game’s administrators, and the blackout that followed at the start of the 1985/86 season only seemed to reinforce the growing opinion that both the Football League and the FA were hopelessly out of touch with a rapidly changing media landscape and, indeed, a changing world, in a broader sense.

If the authorities were looking for an answer to the question of the effect of television audiences on match attendances, they may have found it at the start of the 1985/86 season. Crowds at First Division matches fell through the floor – we’ll be looking at that a little later in the week – and, whilst correlation does not equal causation and it’s impossible to say the exact extent to which crowds dropped through a fear of hooliganism, patience finally snapping with decrepit conditions at many – if not most – grounds and a perceived lack of competition brought about by a lack of European football, the lack of positive reinforcement of the game’s merits that television coverage brings with it can surely not have helped the broader image of a game that was by now fighting for its life.

The resolution to the the television blackout turned out to be a significant step on the way to the formation of the Premier League. That the “Big Five” First Division clubs – Liverpool, Everton, Arsenal, Tottenham Hotspur and Manchester United – had been moving towards a greater share of the game’s revenue had been an open secret for a couple of years, and when meetings were held between the two clubs, it was generally believed that the lack of a television contract was advantageous for these clubs, who could rebrand themselves as something different to an “outdated” Football League and cover losses brought about by a lack of European football. In addition to this, the League’s sponsors, Canon, started to express their dismay at the lack of exposure that they were getting as a result of there being no television coverage to such an extent that they threatened to not pay the full amount that they had agreed upon.

The threatened Super League would eventually reap benefits for the biggest clubs, in the introduction of play-offs, a slimming down of the number of clubs in the top flight, and a reorganising of the distribution of money, but it would be a further seven years before they would finally get the breakaway that they craved. In the immediate future, however, a clear consensus had grown that the impasse in place benefited nobody. Eventually negotiations began again, and in the end a halfway house of an agreement was reached, a short term deal worth £1.3 million deal for twelve live matches, of which six would be in the League and six would be in the Cup, and an option on midweek League highlights. Television coverage eventually resumed for an FA Cup Third Round match between Charlton Athletic and West Ham United, a match which was won thanks to a late goal scored by Tony Cottee and set up by Frank MacAvennie, an attacking combination who, to that point, were broadly unknown to all bar West Ham United supporters and the defences that they’d spent the first half of the season terrorising.

The entire mess hadn’t been particularly becoming for anybody involved, but, with the benefit of hindsight, we can see clearly that the Football League came off on the wrong end of it all. In an immediate sense, the short term deal eventually agreed devalued the rights from even the first amount offered, which the Football league rejected so dismissively. In a broader sense, it was perhaps even more damaging for the Football League. The broadcasters learned that the hard-headed nature of football’s governing bodies going into such negotiations might just be a thing of the past, and that the scope for greater coverage was definitely there, even if it may prove to be more expensive. The biggest clubs flexed their muscles and received further concessions. It was in these years that the seeds of the Football League’s biggest defeat, the formation of the Premier League, were sown, and the return of live televised League matches feeling like a return to normality was a sign of a shift that would come to change English football forever. 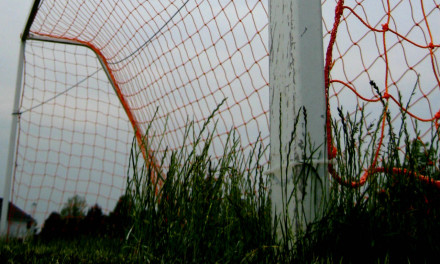