It is now almost eleven years since ITV Digital collapsed into administration, dragging the clubs of the Football League into a mass financial crisis which took years for its clubs to recover from. When it collapsed in May 2002, the television company owed the Football League £185m from a television deal with two years left to run on it and its loss had a serious effect throughout its member clubs. This wasn’t just about a loss of revenue, either. The suddenly frail condition of so many Football League clubs offered a cheap route into the game for those with less than noble aims, and at one club, Derby County, this quest for new ownership would end in criminality, imprisonment and disgrace for those involved, in particular the three directors who became known as The Three Amigos.

Derby County had been relegated from the Premier League at the end of the 2001/02 season after six years back in the top division of English football. This was not a good time for a club to be losing its place in the top division, and Derby’s troubles continued throughout the following season, with the club finishing just three places above a second successive relegation position. By October 2003, the club was in administrative receivership, from which it was purchased for £3 by a consortium which included Jeremy Keith, a serial company director with a strong of dissolved company directorships behind him and a man formerly involved at Portsmouth and Leeds United, Murdo Mackay, a former players’ agent with a chequered business history who became the club’s director of football Steve Harding, a ‘marketing entrepreneur’ and ‘communications expert’, Andrew McKenzie, Andrew Mackenzie, the club’s finance director both before and after the 2003 takeover, and John Sleightholme, a barrister who became the club’s chairman.

The club was purchased via a company called Sharmine Ltd, which was described as a company owned by its directors, although its postal address was given as the London address of a company called Beresford Lowe and Co LLP and the contact address for a solicitor called David Lowe. Having stated that they would not be putting of their own money into the club, the consortium purchased it using a business plan which paid off £15 million of a debt owed to the Co-operative Bank, by way of mortgaging the club’s new stadium, Pride Park, to a company called the ABC Corporation, which was registered in Panama but about whom little else, at least initially, was known, at an interest rate of 10% per year. One thing that was known about the ABC Corporation, however, was that they had lent money to Queens Park Rangers, and, according to sources at that club, was backed by a family trust registered in Switzerland linked to Michael Hunt, the former managing director of Nissan UK who was sentenced to eight years in prison in 1993 for his role in the largest tax fraud ever perpetrated in the UK, siphoning £149.2 million from the company and depriving the Inland Revenue of £92.3 million in tax and interest. It was a loan that would go on to cause QPR considerable difficulties over the years to come.

On the pitch, however, the club continued to struggle and it finished the 2003/04 season in twentieth place in the league and with suspicion starting to grown amongst supporters at the motives of those involved. The following season saw an improvement in its fortunes on the pitch, but away from it the sense of trouble being ahead was starting to grow. Midfielder Tom Huddlestone was sold in the January transfer window in 2005 for an amount that was reported as being £2m plus add-ons, although rumours circulating at the time suggested that the actual amount was considerably less, and in March 2005 a three hundred and fifty page dossier was handed over the local and national media by the club’s supporters trust which led to an exposé about the club’s owners being run that Easter by the Derby Evening Telegraph newspaper.

It was the sale of a player, Grzegorz Rasiak, to Tottenham Hotspur on the last day of the 2005 summer transfer window, however, that would prove to be the beginning of the end of anything like unity at a boardroom level, with Jeremy Keith later claiming in court that Murdo MacKay had been infuriated by Keith’s decision to sell Rasiak and that he and John Sleightholme had secretly briefing fans groups and the local press behind his back. Within a year they would all be gone from the club, bought out by a group led by a local property developer and a life-long supporter of the club, Peter Gadsby, although Jeremy Keith hung on until the bitter end before the take-over was completed in April 2006. Protests against the owners at Pride Park had started at the start of 2006, building up the pressure for the take-over to be completed. Through a combination of noisy protest on match days and digging enough to find the dirt on those that had been involved with the club for the previous two and a half years, the supporters of Derby County Football Club were instrumental in saving it.

The matter was put into the hands of Derbyshire Police’s economic crime unit and the Fraud Prosecution Service, and the case came to court in 2009, after a three year long investigation. It was found that Mackay, Keith and Mackenzie had agreed, without the approval of the club’s other directors, that they would be paid £125,000 each plus VAT for setting up the deal with the ABC Corporation and that, instead of paying themselves the money directly through the club, the transaction was put through a London-based company called Streamline Management. In court, Mackay made the somewhat extraordinary claim that his actions were mitigated by the fact that his behaviour was considered “OK in the football world”, but to most ordinary people – the jury included – it looked like exactly what it was. Mackay, Keith and Mackenzie were defrauding Derby County Football Club of a huge amount of money – £440,625. The jury agreed with most of the charges, and at Northampton Crown Court on Monday 20th July 2009, Jeremy Keith was sentenced to 18 months in prison for false accounting, Murdo Mackay and Mackenzie each to three years for conspiracy to defraud, said those three had become “controllers of the club for the sum of £3”. Lowe was sentenced to eighteen months for money laundering, whilst McKay and Mackenzie each received three years for conspiracy to defraud. David Lowe, the solicitor who had been the apparent contact for the Sharmine Ltd company which acted as a conduit for the take-over, was also sentenced to two years for money laundering. In his summing up of the case, the presiding judge commented that, “It struck me during the trial that you, like so many people who commit business and professional crime, somehow give the impression that you do not believe the rules apply to you.” Upon appeal, however, Keith’s sentence was reduced to nine months, Mackenzie & Mackay were each reduced to eighteen months and Lowe’s was reduced to nine months too.

A year later, Jeremy Keith, Andrew Mackenzie and Murdo Mackay were back in court as Derby County Football Club tried to reclaim as much as they could of the money that was been spirited away from it seven years earlier. They cut fairly pathetic figures. Mackay claimed in court that he was by that time homeless after having had his house repossessed and that at that time he was having  to claim job seekers allowance of £65 per week whilst living in free accomodation with his brother to get by, after his wife moved to Spain with his children a year previously. Mackenzie told the court that he had used the money from the club to purchase a holiday home in Florida, but that this property had significantly depreciated in value since he bought it. It is unlikely that there were too many tears of sympathy shed in Derby for the men that had stolen £440,000 from the city’s football club.

The Three Amigos were outsiders with no previous connection to Derby County Football Club, who may well have thought that they earned their six figure sum from setting up the 2003 take-over deal. That, it seems, is the modus operandum of this form of Wild West capitalism, that sees money, profit and nothing else of value. Yet those who did see something else of value, a club at the heart of a community, an asset to the city with a value upon which no price can ever be put, ended up as the heroes of the hour. We can only speculate what might have happened if ordinary supporters of Derby County Football Club hadn’t got stuck in and found the damning indictments of the club’s directors during the first years after the club was taken over and protested so long and so hard when it seemed, before the criminal proceedings against them had even started, as if they were going to dig their heels in and stay put at a club at which they were, broadly speaking, extremely unwelcome. It was proof, as if it were needed, that if a football club wants to get something done effectively by people who care about what they are doing, it is usually best to turn to the supporters themselves. Fortunately, we will never know what might have happened to Derby County had none of this criminal activity ever come to light.

Portsmouth Sack Paul Hart, But Who Will Replace Him? 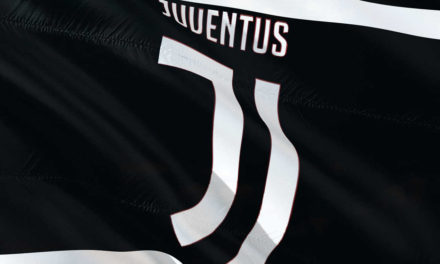 Safe Standing: The Clue’s In The Name